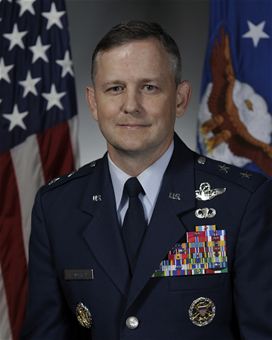 President Obama nominated Air Force Major General John Hesterman to be the military deputy for readiness to the under secretary of defense for personnel and readiness, the Department of Defense announced. Hesterman would receive a promotion to Lieutenant General.

Hesterman currently serves as the assistant deputy chief of staff for operation, plans and requirements for the Air Force.

General Hesterman grew up in an Air Force family and graduated from the U.S. Air Force Academy in 1983. He has served in a variety of positions in Germany, Korea, England and the United States, and has held staff assignments on the Air Staff and the Joint Staff. The general has commanded the 494th Fighter Squadron, the 4th Operations Group, the 12th Flying Training Wing, and the 48th Fighter Wing.

General Hesterman has served as an instructor pilot in the F-16C, F-117A, F-15E and T-38C. He flew in the first wave of Operation Desert Storm and served as an expeditionary squadron commander in operations Provide Comfort, Deny Flight, Deliberate Guard, and Northern Watch. Most recently, he served as U.S. Central Command’s Deputy Combined Force Air Component Commander.

by Jackson Barnett • 24 hours ago
Defense