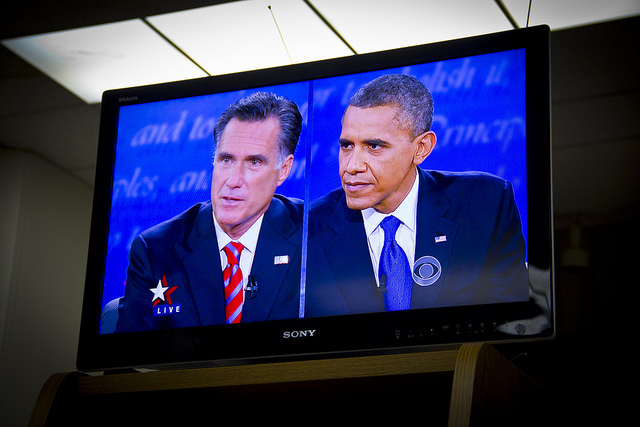 Cybersecurity will be a major point of focus when it comes to planning future military spending, President Obama said during the final presidential debate Monday in Boca Raton, Fla.

Obama, debating foreign affairs with Republican challenger and former Massachusetts governor Mitt Romney a little more than two weeks from election day, said future military spending would not be dictated by politics, but what is needed to keep the American people safe.

As for sequestration, Obama said clearly, “The sequester is not something I proposed. It will not happen.”

Romney, who has promised to not cut defense spending, said he wants to revitalize the American military by re-establishing the U.S. Navy and the Air Force, which are at their lowest numbers of equipment in years. Romney said he would pay for military increases by cutting five percent of all federal discretionary spending and eliminating all programs that the country cannot afford, like Obama’s healthcare plan.

“Keeping the citizens of the country safe is the highest responsibility of the President of the United States,” Romney said, “and if elected I will do everything in my power to make sure that happens.”

Obama launched an aggressive assault of Romney’s foreign policy record, which he cast as muddled and regressive, and called for “strong and steady leadership, not wrong and reckless leadership that is all over the map.”

“The 1980s are now calling to ask for their foreign policy back,” said Obama, referring to a comment Romney made months ago about the threat Russia poses to American interests.

Romney, meanwhile, questioned Obama’s reaction to the Arab Spring, and argued that “what we’re seeing is a pretty dramatic reversal in the kind of hopes we had for that region.”

“We can’t kill our way out of this mess,” Romney said, before calling for a “comprehensive and robust strategy” to help “the world of Islam and other parts of the world reject this radical violent extremism.”

As for Afghanistan, Obama said that the United States is now in a position to transition out of the country in a responsible way that makes sure the Afghans can take responsibility for their own security.

“The world needs a strong America, and it is stronger now than when I came into office,” Obama said.

by Dave Nyczepir • 8 hours ago
Cyber