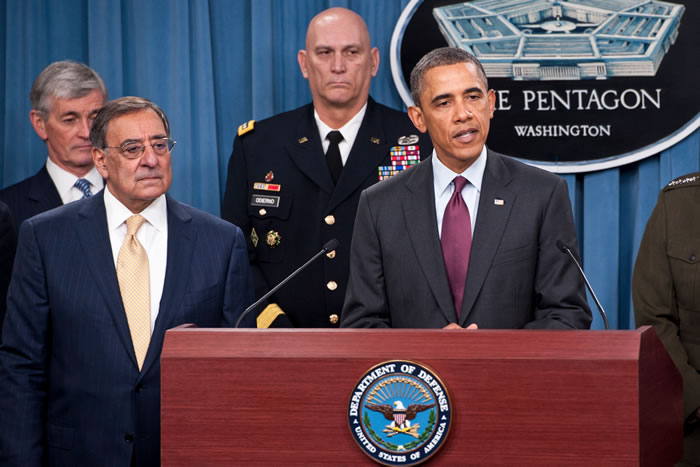 The administration raised concerns about a number or provisions included in the annual bill that provides appropriations for the Department of Defense and its sub-agencies.

Among them are provisions that:

“If the bill is presented to the President for approval in its current form, the President’s senior advisers would recommend that the President veto the bill,” the statement said. “The Administration strongly supports the overall goals of this legislation and looks forward to working with the Congress to address these and other concerns, a number of which are outlined in more detail below, and eventually signing this important legislation.”

Other areas of concern outlined in the document:

Cybersecurity
The Administration objects to sections 925 and 929. The provisions significantly limit the Administration’s flexibility by specifying technical choices that do not allow the National Security Agency to most effectively execute its mission and take advantage of the economic and technological advantages of cloud and next generation technologies. In particular, section 929 would, in effect, deny the use of an open source project for DOD and establish a dangerous precedent for the use of open source in general.

Reductions in Civilian and Contractor Workforce
The Administration objects to section 341, which would reduce funding for the civilian and contractor workforce by a rate that is at least equal to the percentage of funding saved from the planned reductions in military personnel end strength. This would require savings in the civilian and service contractor workforces in excess of $5 billion over planned savings through FY 2017. The Administration believes the size of the civilian workforce should be determined based on workload and funding, not on arbitrary comparisons to the military. To comply with this legislation, the Department would need to significantly divest workload and impose workforce caps.

Alternative Fuels
The Administration strongly objects to sections 313 and 2823, which would limit DOD’s ability to procure alternative fuels for military applications. Section 313 is overly broad and has the potential to restrict investments by making price the sole factor in determining if DOD could use an alternative fuel, without any consideration of military capability, mission, or circumstances contributing to long-term energy security. Section 2823 would limit DOD’s ability to contribute to the development of a domestic capability to produce cost-competitive advanced drop-in biofuels at a commercial scale. Such a capability, pursued in collaboration with the Departments of Agriculture and Energy, would help insulate the Nation, as well as the military, against potential supply disruptions.