When a major crisis occurs in government, presidents tend to appoint a high-profile expert with enough street credibility in management and innovation and enough force of personality to effectively quarterback a whole of government response. Notable examples include Bill Clinton’s appointment of Richard Clarke as the nation’s cybersecurity czar; George W. Bush’s appointment of Tom Ridge to help create the Department of Homeland Security; and Barack Obama’s reliance on Jeffrey Zients and Mikey Dickerson to lead the rescue effort for Healthcare.gov.

But Obama’s appointment Friday of Ebola czar Ron Klain, a career lawyer and political loyalist with limited federal project management skills and no experience managing a public health crisis, invokes images of the Bush-era response to Hurricane Katrina led by former Federal Emergency Management Agency Director Michael Brown, another career lawyer whose only significant management experience up until Katrina devastated the Gulf Coast was as a commissioner for the International Arabian Horse Association.

Almost immediately, Klain’s lack of experience came under intense scrutiny by several lawmakers, including the chairman of the House Homeland Security Committee, and a t least one prominent homeland security expert.

Rep. Michael McCaul, R-Texas, chairman of the House Committee on Homeland Security, called on the president to rethink his choice of Klain, characterizing the appointment as political.

“While the president’s pick may have the ear of the White House and experience from the campaign trail, I am concerned he doesn’t have significant relationships in the medical community that are imperative during this current biological emergency,” McCaul said in a statement. “Prior administrations had permanent leaders on a range of bio-threats, including Ebola, with strong medical credentials. Specifically, both the Bush and Clinton administrations had a Special Assistant to the President for Biodefense Policy to focus all federal efforts on the range of biological threats we face, including disease outbreaks like Ebola. I urge the president to rethink his political choice, and re-establish this permanent position as I have previously recommended.”

“Ebola is not a political issue, it is an operational issue that requires incident command expertise and crisis management decision making skills,” said Don L. Rondeau, the president of the Washington, D.C., chapter of the International Association of Counterterrorism and Security Professionals. “The administration’s Ebola containment effort is missing the right mix of operational experience. They have plenty of smart doctors and lawyers. They are making very basic operational mistakes,” Rondeau said. “They may be making sound medical and political decisions but the operational missteps are so glaring that they are impacting their credibility. The lack of credibility in their efforts is causing panic.” 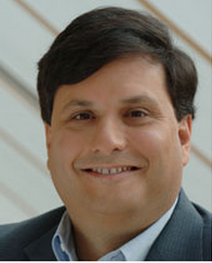 Obama’s appointment of Klain to help coordinate the government’s response to Ebola in the U.S. comes as new potential cases are being investigated and the public is increasingly concerned by what appears to be a lumbering federal and state response to a highly contagious and deadly disease. But the country knows little about Klain, and, it is fair to say, the public health community knows even less.

Aside from a recent stint as the chief of staff to Vice President Joe Biden, Klain is perhaps best known for his role as general counsel of the Gore Recount Committee in the aftermath of the contested 2000 presidential election. Federal Election Commission records show that Klain and his wife, Monica Medina, have donated more than $30,000 to various Democratic candidates, including Obama.

But to take on his new role as Obama’s point person on the federal response to Ebola, Klain is taking a leave of absence as general counsel of Revolution LLC, a venture capital firm founded by former AOL CEO Steve Case. Revolution also happens to be one of the primary backers of FedBid Inc., the Vienna, Virginia-based reverse auction firm at the center of a major investigation by the Department of Veterans Affairs into procurement fraud involving a former senior official at the Veterans Health Administration.

House Energy and Commerce Committee Chairman Rep. Fred Upton, R-Mich., criticized Obama for making a political appointment at a time when Americans are genuinely concerned about their safety. “What has been missing from this administration’s response to Ebola is not a new figurehead; what we need is a strategy to get ahead of this, and restore the public’s faith that they are safe,” Upton said in a statement.

“This appointment is both shocking and frankly tone deaf to what the American people are concerned about,” said Rep. Tim Murphy, R-Pa. “Installing yet another political appointee who has no medical background or infectious disease control experience will do little to reassure Americans who are increasingly losing confidence with the Administration’s Ebola strategy. Not one of the medical experts who testified at our hearing yesterday said what is needed to stop the spread of the Ebola virus is a czar, spokesman, or campaign operative with no relevant experience telling them what to do.”

In a blog post on the White House website, Tanya Somanader, deputy director of digital content for the Office of Digital Strategy, praised Klain for his managerial experience. “As former Chief of Staff to two Vice Presidents, Klain comes to the job with extensive experience in overseeing complex governmental operations and has good working relationships with leading Members of Congress as well as senior Administration officials,” Somanader wrote. “Klain’s talent and managerial skill will be crucial in providing the resources and expertise we need to rapidly, cohesively, and effectively respond to Ebola at home and abroad.” Follow @DanielVerton