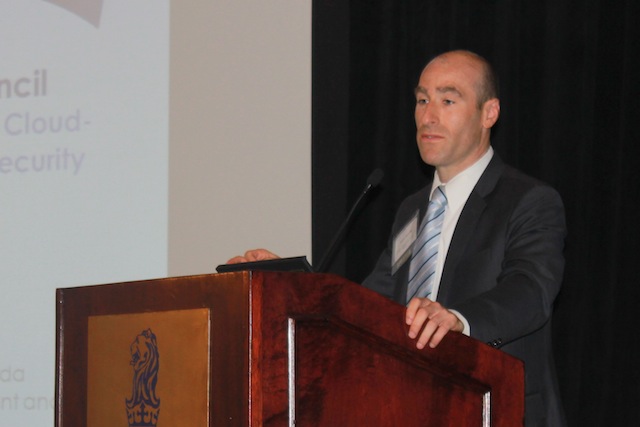 The Federal Data Center Consolidation Initiative is taking a turn this summer, with the second round of PortfolioStat sessions as the Office of Management and Budget is focused more on the optimization of data centers instead of purely shutting doors.

Scott Renda, leader of federal cloud computing and the FDCCI at OMB, said part of the PortfolioStat process with departments will be deciding between core and noncore data centers.

“We’re going to look at which data centers are truly core – ones that are tiered, does it provide enterprise or shared services; is it energy efficient? – and we’re going to take those and optimize them across a total cost-of-ownership perspective,” Renda said Wednesday morning, addressing a crowd at a Northern Virginia Technology Council event at the Ritz-Carlton in McLean, Va.

That optimization means looking at the different cost points – including labor, technology, storage, security, hardware, software, really anything that needs to be considered – and finding the best place for each agency.

“Different agencies are at different maturity points with their infrastructure,” Renda said. “They have different pain points and different consolidations to go through, so you have to think about optimizing across a full spectrum of these.”

This is a different approach than before.

When the FDCCI was launched in 2010 as part of then-U.S. Chief Information Officer Vivek Kundra’s 25-Point Plan to Reform Federal Information Technology, it focused solely on closing data centers to reduce the federal government’s footprint.

The definition, though, of a data center was broad, ranging from “a utility closet at the Department of Commerce,” Renda said, to sprawling data center campuses, and all were treated equally.

So far, the federal government has shuttered nearly 500 of these centers and has 855 planned closures by the end of the current fiscal year, Renda said. The closures will still continue – Renda said OMB still plans to close 40 percent of noncore data centers – but a number of data centers will also remain open for the foreseeable future.

One of the biggest challenges, he said, tough, will come in application rationalization. With all of the closings, Renda said there still has to be thought put into all the programs being run on those servers.

“It’s not just as simple as taking x and moving to y,” he said. “It’s about rethinking workflows – some can be made from new, some can be re-architected from the cloud and some can be left on premise. It’s going to be a question that we have to answer, because there are some lengthy conversations about how applications work and how we think about security that are all part of data center consolidation.”

by Sara Wilson • 1 day ago
Tech