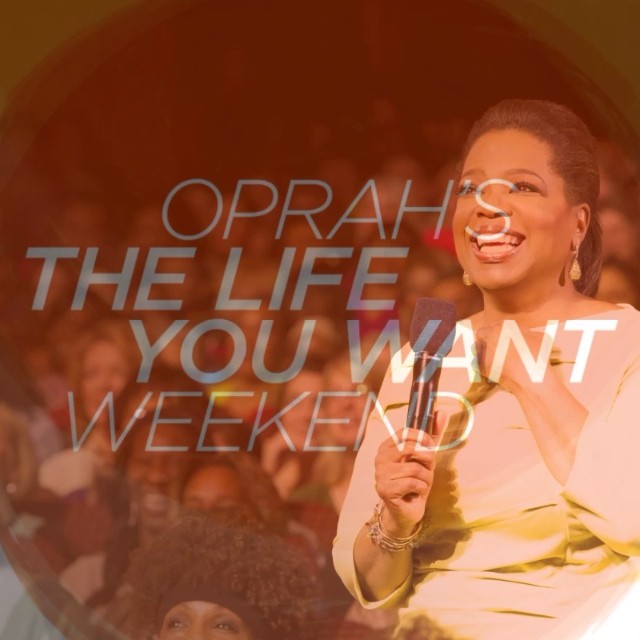 For less than $100, you can spend a girls’ weekend with Oprah.

On Wednesday, Oprah Winfrey announced a 2014 fall arena tour to showcase “Oprah’s The Life You Want Weekend.”  Washington, D.C., is among the eight cities the talk-show legend will visit.

The two-day event will begin with Winfrey headlining a Friday night chat at the Verizon Center. She will share her personal stories of gratefulness with the audience before returning Saturday morning for a full day of gifts bags and inspiration.

“All of my life I have wanted to lead people to an empathy space,” Winfrey said. “To a gratitude space. I want us all to fulfill our greatest potential. To find our calling, and summon the courage to live it.”

Winfrey will be in Washington on Sept. 19-20. The tour will also make stops in Atlanta, Houston, Seattle, Miami, San Jose, Newark, and Auburn Hills, Mich.