Less than a week after the Federal Information Technology Acquisition and Reform Act and several cybersecurity-related bills passed the U.S. House and Senate to close out the 113th Congress, the next head of the House Oversight and Government Reform Committee announced a new subcommittee devoted solely to IT.

Rep. Jason Chaffetz, R-Utah, will take the gavel from Rep. Darrell Issa, R-Calif., for the powerful committee. Issa was term-limited and will now chair a subcommittee within the House Judiciary Committee.

“When assessing the future of the committee and our goals, we saw an opportunity to make some changes, which include modification to subcommittee issue areas and titles,” Chaffetz said in a release announcing the new subcommittees and their chairs. “These changes allow the subcommittee chairs and members to take a new approach to addressing the matters that come before the committee.” 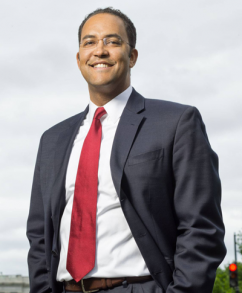 The IT subcommittee will be chaired by incoming Rep. Will Hurd, R-Texas, who worked as a senior adviser at cybersecurity firm FusionX before his election to Congress in November.

Prior to his time at FusionX, Hurd spent almost a decade as an undercover officer at the CIA in South Asia and the Middle East, where he worked at the “nexus of some of America’s most important national security issues leading intelligence operations on counterterrorism, cybersecurity and other critical threats,” according to his campaign website.

In his South Asia and the Middle East posts, Hurd’s primary mission was “recruitment of foreign assets, collection and dissemination of intelligence in support of the President and senior government policymaker’s national security decision making.”

According to the career timeline on Hurd’s campaign website, he would have served under Presidents George W. Bush and Barack Obama.

“I look forward to rooting out fraud and abuse within our government on the Oversight and Government Reform Committee,” Hurd told FedScoop in a statement. “As chairman of the newly-created Subcommittee on Information Technology, I know we can find ways to get rid of government waste and save the U.S. taxpayers money as it pertains to our technology infrastructure.”

In addition to the IT subcommittee, the rest of the Oversight subcommittees are split up based on agency or departmental areas of oversight: