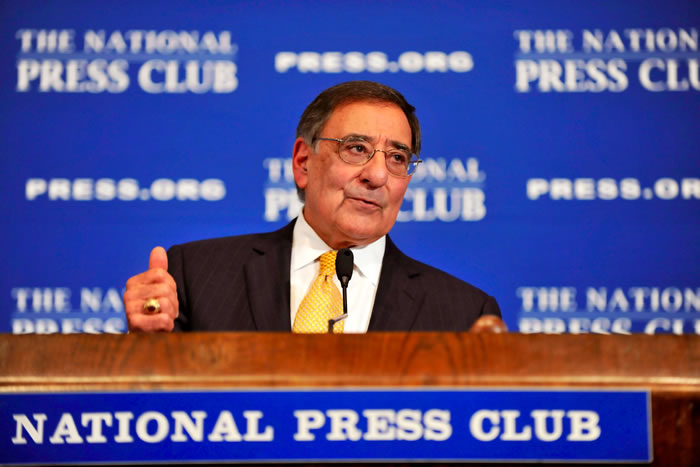 The nation’s political system is depriving the Department of Defense of the budget certainty it needs to play for the future, DOD Secretary Leon Panetta said Tuesday in a speech at the National Press Club in Washington, D.C.

Panetta said that the year-old defense strategy the Pentagon’s leadership prepared is at risk because of the ongoing fiscal situation with the department’s budget.

“For more than a year, this department has been operating under the shadow of sequestration,” Panetta said. “Because of political gridlock, this department still faces the possibility of another round of across-the-board cuts that will inflict lasting damage on our national defense and hurt the very men and women who protect this country.”

Panetta said that he is asked about sequestration every time he speaks to troops.

“It is unacceptable to me that men and women who put their lives on the line every day in distant lands have to worry about whether those here in Washington can effectively support them,” he added.

Panetta said DOD is “down to the wire now,” and that Congress must act to avoid “the fiscal disaster that awaits us.”

Failure to reach a bipartisan consensus on deficit reduction and future defense spending “will weaken this nation in the minds of our allies, our partners, and our potential adversaries and undermine the work and the sacrifices that our troops are making every single day.”

Sequestration cuts will begin to take place on January 2 unless Congress comes to a debt solution before that time. It would trigger approximately $1 trillion in cuts across the federal government with half coming from national defense. Those cuts will come on top of other planned cuts made by the White House.

There is the possibility that Congress will attempt to extend the deadline for sequestration until later in 2013.