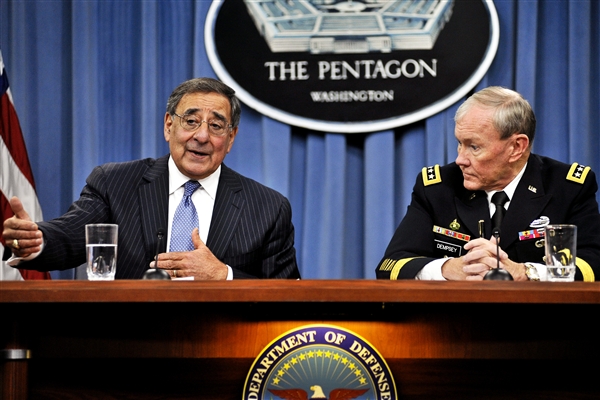 Secretary of Defense Leon Panetta said Congress “is on the clock” and has critical work to accomplish when the House and Senate come back into session after the November 6 election.

During a Pentagon news conference today, Panetta and Army Gen. Martin E. Dempsey, chairman of the Joint Chiefs of Staff, discussed the need for lawmakers to act.

First on the list is avoiding sequestration before it takes effect January 2, Panetta said.

“There are only 70 days until that happens, and Congress is certainly on the clock when it comes to that potential sequestration occurring,” the secretary said.

The secretary also stressed the need for Congress to act on a cybersecurity bill.

“We really do need strong cybersecurity legislation to ensure that we can help defend the nation against a cyberattack,” he said.

This was the second time in two weeks that Panetta has stressed the need for the legislation, again warning of the growing threat of a cyberattack on the nation’s infastructure.

by Jackson Barnett • 19 hours ago
Defense