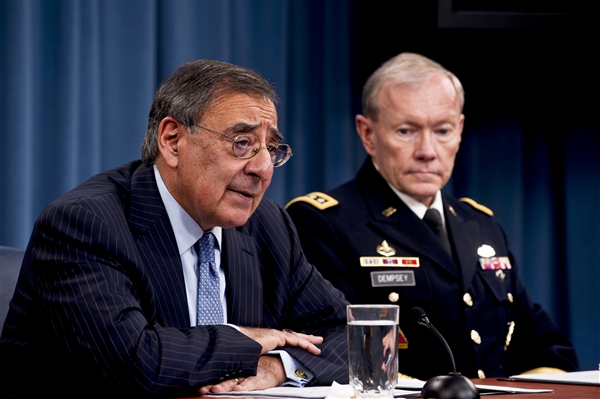 The Department of Defense will request a base operating budget of $525 billion for fiscal year 2013, Secretary of Defense Leon Panetta said on Thursday. The request includes an additional $88 billion for operations in Afghanistan that combined is about $33 billion less than the Pentagon is spending this year.

“We believe this is a balanced and complete package,” Panetta said. “Our approach was to use this as an opportunity to maintain the strongest military in the world, to not hollow out the force.”

Panetta said the Pentagon’s base budget will grow to $567 billion in 2017. At that point, the cumulative budgets over five years would be $259 billion less than had been planned before the administration struck a deficit-cutting deal with Congress last summer that requires projected defense spending to be reduced by $487 billion over the next decade.

The defense spending plan is scheduled to be submitted to Congress as part of the administration’s full 2013 budget on February 13.

Part of that Panetta said is finding ways to better use information technology to make the department more efficient, along with increasing the department’s cybersecurity capabilities.

Among the details Panetta discussed:

Among other cost-saving measures, Panetta said President Obama will ask Congress to initiate the Base Realignment and Closure process, a mechanism that is supposed to take politics out of the often-sensitive issue of base closures.

“Capability is more important than size,” Joint Chiefs of Staff Chairman Martin Dempsey said. “Yes, the strategy and budget reduce force size—we get leaner. But, this budget does not lead to a military in decline.”