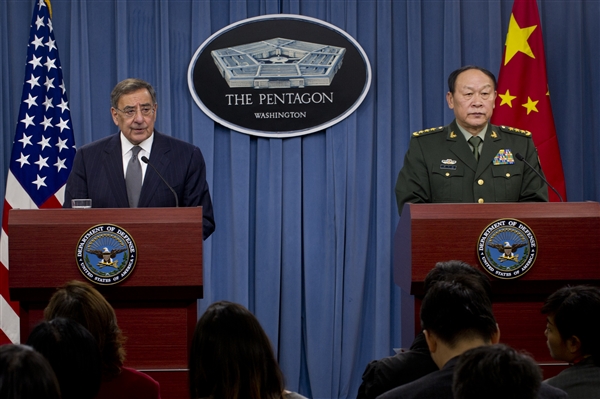 The United States and China must work together in cyberspace to avoid a misperception that could lead to a crisis, Secretary of Defense Leon Panetta said Monday.

Liang said he and Panetta discussed possible ways China and the United States could jointly work to find ways to strengthen cybersecurity.

“Although we did not touch upon the details or technical issues in this regard,” he said. “We will leave that to experts.”

“Both the United States and China have developed advanced technology with regard to the cyber arena,” Panetta said. “And it’s true, as the general pointed out, that we agreed that there are other countries, there are hackers, there are others involved in some of the attacks that both of our countries receive.”