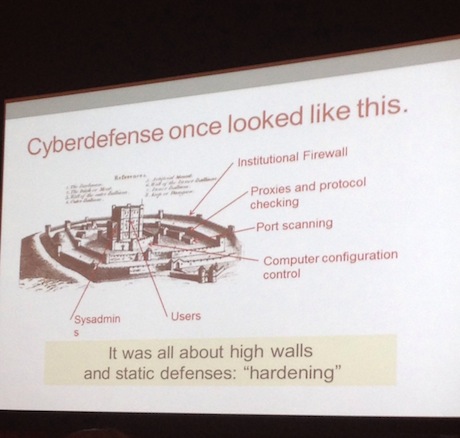 Government cybersecurity cannot be achieved by a collection of static precautions, and instead must continuously evolve its reactions and responses to threats, said a report on strengthening the nation’s cybersecurity issued by the President’s Council of Advisors on Sciences and Technology.

“PCAST recommends that the federal government lead by example and improve its own processes to combat cyber-threats,” the report said.

Cyber-crime, according to PCAST, can cause up to $1 trillion annually in global economic damage and can potentially degrade U.S. military capabilities.

A large number of the recommendations dealt with establishing best practices within the federal government. These include phasing out the use of insecure operating systems such as Windows XP and replacing them when current versions of Windows, Linux or Mac OS. PCAST encourages the universal adoption of the Trusted Platform Module, a microchip responsible for encryption technology.

To battle this problem, PCAST suggested adopting more practices from the private sector, as well as realizing a one-size-fits all approach to cybersecurity will not work for federal agencies.

“PCAST believes that…the preferred way to proceed is for the regulator to require not a specific list of cybersecurity measures, but an auditable process by which cybersecurity best practices are adopted and continually approved,” the study said.

by Dave Nyczepir • 13 hours ago
Modernization