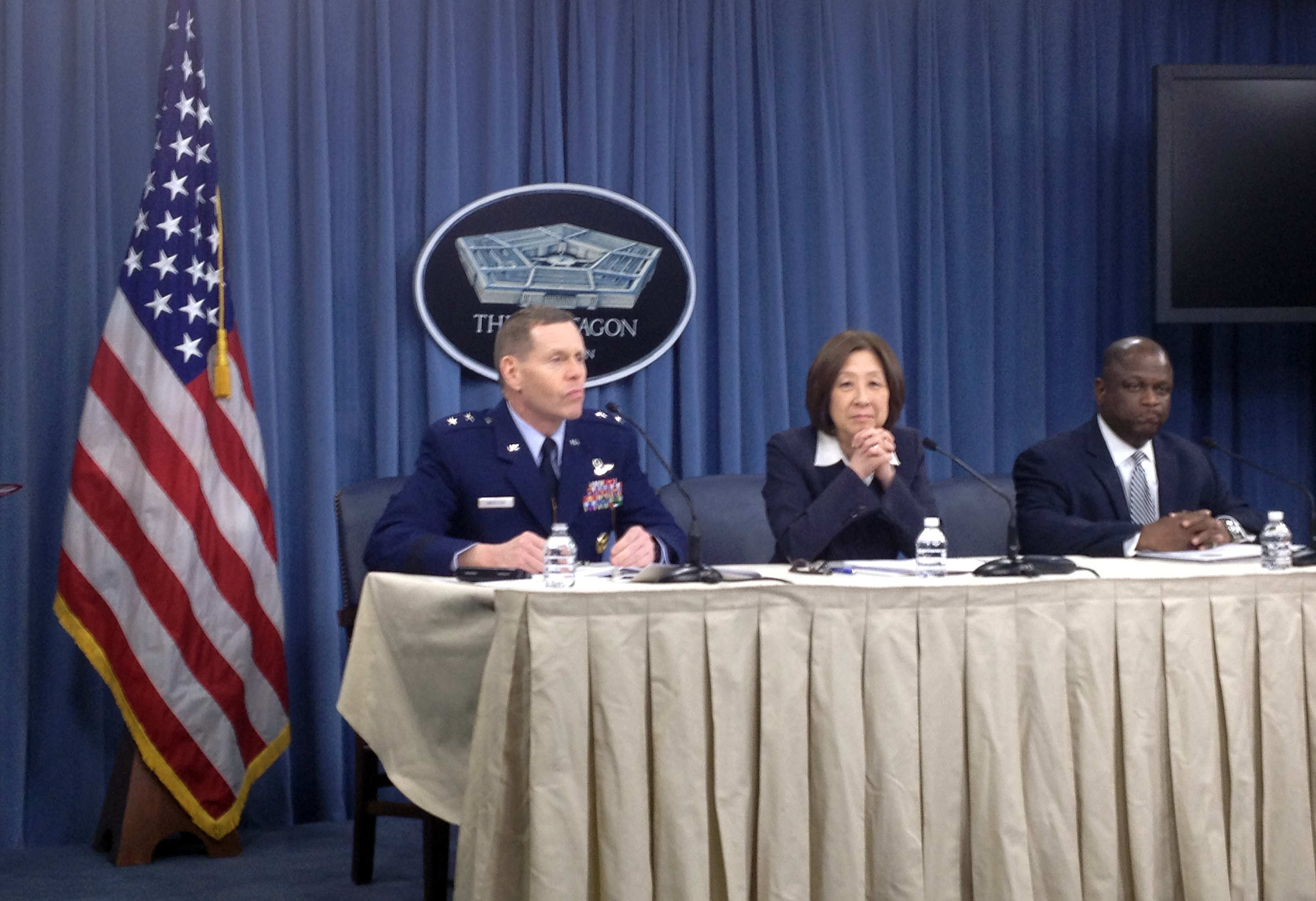 The Defense Department yesterday released its long-term strategy for dealing with one of the most pressing challenges of the high-tech age — striking the appropriate balance between the Pentagon’s growing need for more communications bandwidth and the economic imperative of making more of that same communications spectrum available to the commercial wireless industry.

“Together, we must identify ways to make spectrum more available for commercial use and find technologies that enhance spectrum sharing, all while improving how DOD accesses spectrum,” Takai told reporters during a Pentagon press briefing. Takai and Maj. Gen. Robert Wheeler, DOD’s deputy CIO for command, control, communications, computers and information infrastructure, declined to say if the department plans to give up any of the spectrum it currently controls, stressing that future implementation plans will likely include a combination of vacating, compressing and sharing spectrum.

“What we found is the best plans for the future are combining vacating, sharing and compression, and that’s how we’re going forward,” Wheeler said. “It also depends on what industry needs, because sometimes we’re willing to vacate an area and industry doesn’t have a need for that particular area. We’re going to combine the different methods in the future.”

The strategy comes two years after President Barack Obama issued a presidential memorandum on “Unleashing the Wireless Broadband Revolution.” That plan requires 500 MHz of spectrum be made available for commercial use by 2020. The White House has also mandated federal agencies free up significant portions of wireless spectrum so it can be used by individuals and businesses to spur economic growth.

“We’re working with [the National Telecommunications and Information Administration] on meeting the president’s goal of making 500 MHz available, and so our actions right now are directed in that way,” Takai said. “In order to reach balanced decisions about relocating from or sharing spectrum, we need time, funding and comparable spectrum.”

How much the strategy will cost the Pentagon in the long-term remains unclear. According to Wheeler, although there may be older systems that will require upgrades to make them more efficient in terms of their spectrum use, most newer weapons systems are based on more efficient, modern technologies. Officials won’t know what it will cost or where it can save money until the implementation plans are worked out with each of the services. That process is scheduled to begin within six months, Wheeler said.

NTIA Associate Administrator for Spectrum Management Karl Nebbia praised the Pentagon’s plan. “DOD recognizes that meeting its own requirements amidst the growing commercial consumer demand will require cooperation, compatibility and flexibility,” he said. “The longer-term spectrum needs for government agencies and industry alike can only be met through spectrum sharing, and we are looking for a top-to-bottom commitment from all stakeholders to make it happen.”

In response to questions from FedScoop, Wheeler said recent tests involving dynamic sharing of spectrum between military systems and commercial carriers have proven “promising.” But testing has not yet been done on a large scale.

Although the guidance from the White House has put pressure on DOD and other federal agencies to be responsible stewards of the communications spectrum they do control, the Pentagon is seeking balance. And that balance may also include greater reliance on commercial devices and technologies, Takai said.

“We are not making the assumption that DOD will have to make do with less spectrum,” Takai said. “One of the challenges we have is our growing need for spectrum and how do we fit our need with the growing need on the commercial industry side. It isn’t a question of all or nothing.”
Follow @DanielVerton

by Jackson Barnett • 12 hours ago
Acquisition