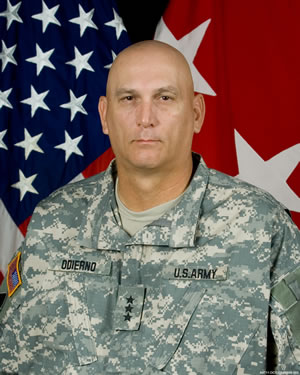 “Our goal is to transfer streamlined, relevant joint functions to appropriate Department of Defense entities,” said U.S. Joint Forces Command Commander General Raymond Odierno. “We will ensure we sustain the momentum and gains in jointness while maintaining critical interaction with NATO and other multi-national partners.”

Defense Secretary Gates announced the closure of the command in August as a part of a broad wave of cost-cutting and efficiency initiatives. Gates estimated that the command costs about $240 million annually to operate. President Obama signed off on the closure on Jan. 6 of this year.

The formal transfer of the organization to designated commands will be completed by late summer, the DoD said. Under the current timeline, USJFCOM will be disestablished as a four-star combatant command by the end of August 2011 and the physical moves of all USJFCOM activities will be completed by March 2012.

When the transition is complete, nearly 50 percent of USJFCOM personnel and budget will remain in the Hampton Roads area of Virginia along with core missions, such as joint training, joint force provider, joint concept and doctrine development, and joint integration. These functions will be aligned under the Joint Staff for leadership and direction.