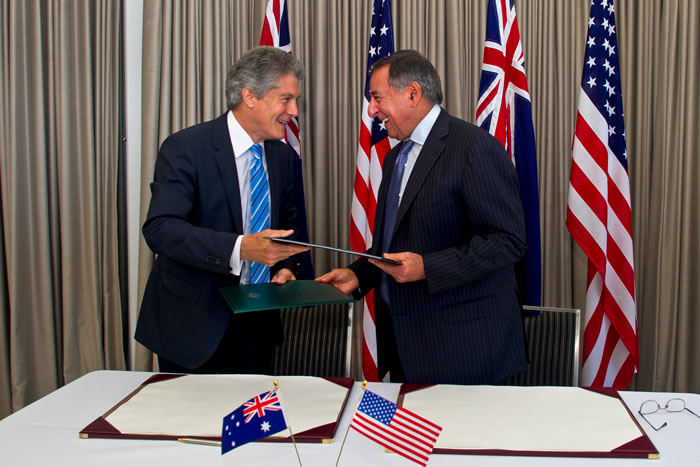 The Department of Defense will move two key space systems to Australia in the near future, Secretary of Defense Leon Panetta and Australian Defense Minister Stephen Smith said on Tuesday.

One system, an Air Force C-band space-surveillance radar, will move from Antigua in the West Indies to Western Australia in 2014. It will track space assets and debris, increase the security of space-based systems and increase coverage of space objects in the Southern Hemisphere.

The other system is an advanced U.S. space surveillance telescope designed and built by the Defense Advanced Research Projects Agency. In Australia, the system will help to leverage space surveillance capabilities for both nations.

“All of that represents a major leap forward in bilateral space cooperation and an important new frontier in the United States’ rebalance to the Asia-Pacific region,” Panetta said during a news conference after a series of meetings in Perth, Australia, during the 2012 Australia-United States Ministerial Consultations.

The actions taken are the result of collaboration from both nations on “New Frontiers” projects – including space and cyberspace — during the last two AUSMIN sessions, officials said.