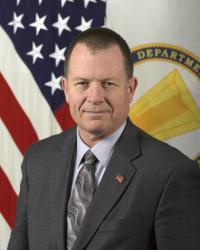 The war in Iraq may be over and the military drawdown in Afghanistan at hand, but the Defense Department’s mission to develop actionable intelligence about the global use of improvised explosive devices by terrorist organizations goes on.

Since its founding in Feb. 2006, the Joint IED Defeat Organization, known in military circles by its acronym JIEDDO, has been at the center of the Pentagon’s efforts to capture, kill or otherwise disrupt the terrorists and insurgents responsible for the thousands of IED attacks that happen around the world every year. Last year, more than 14,000 IED attacks occurred around the world outside of Afghanistan.

The U.S. military knows perhaps better than any other agency in government the dangers posed by both homemade explosives and other improvised devices that have leveraged everything from animal carcasses to soft drink cans and old artillery shells. IEDs have been the leading cause of casualties in Afghanistan, accounting for 60 percent of all U.S. killed and wounded.

But with the drawdown of forces in Afghanistan and the increasingly unstable financial situation in the U.S., JIEDDO, like the rest of the Defense Department, is shrinking. With a staff of about 2,000 and a budget of roughly $2 billion (down from a high of $4 billion in 2008), JIEDDO is facing steep cuts as it plans for the 2015 budget cycle.

JIEDDO is getting smaller “very quickly and steadily,” said James Craft, deputy director for information enterprise management at JIEDDO. “We’re going to maintain capabilities through extremely large efficiencies. But there will come a point where you can’t do everything you did before.”

Although the ultimate future of JIEDDO is unclear, Congress has provided it with a lot of financial flexibility through the Joint Improvised Explosive Device Defeat Fund for overseas contingency operations. From fiscal year 2012 through fiscal year 2014, that fund has provided more than $5 billion to JIEDDO, according to budget documents.

“We basically have three-year uncolored money,” Craft said. “The ability to shift funding from one initiative to another has allowed us to dynamically react to what’s needed in Afghanistan and move money pretty much instantly. And that allows you to cut waste.”

JIEDDO has demonstrated a unique capability to identify requirements from soldiers on the frontlines and then rapidly acquire and field solutions. In fact, when the IED threat first emerged, the military suddenly found itself dealing with large numbers of traumatic injuries. Within six months, JIEDDO was able to field more than 200,000 Protective Under Garments and Over Garments. That speed was made possible by an IT-enabled acquisition system, Craft said.

Last year, JIEDDO spent $60 million on handheld devices for training. But Craft has his eyes on the ability to leverage mobile capabilities in a way that enhances JIEDDO’s data collection, analytic capabilities, biometric identification, geographic information systems and the eventual integration of social network intelligence.

“I’m very interested in how we apply social networking analysis,” Craft said. “Those sorts of technologies, geo-location technologies, are things that also could help us figure out what’s going on with bad guys,” he said.

“But,” Craft added, “We’re extremely conscious of protecting the civil liberties of American citizens. When we talk innovative and disruptive technologies, I have to have a partnership with a lawyer. A lot of terrorists in other countries can be American citizens. We’re working all of the time to make sure we do things within the limits of the law.”

The bottom line for the use of IT at JIEDDO, Craft said, is to have a measurable, positive impact on the counter-IED mission. And that means making big data analytics faster and higher quality, making the acquisition process faster, and improving mobile communications.

“We’re also trying to figure out how to use these tools to help the U.S. be a better collaborator with our coalition partners and potential partners,” Craft said.

“There are a lot of countries that may not want to talk to us about trade or may disagree with us on environmental treaties, but when [terrorists] start blowing up their civilians, they’re very interested in talking to the United States about how we managed to get the successes we’ve had and drive down our death rate when people are trying so very hard to blow us up,” Craft said.

“We are continually trying to develop capabilities that will allow us to increasingly help across the world,” he said.

One such tool is iGame, a mobile training program for laptop computers equipped with an advanced gaming engine and high-end graphics Craft said rival that of Microsoft’s Xbox.

“I’ve seen how we can use that gaming technology not only for training but for visual storyboarding when something goes wrong,” Craft said. “We’ve got it. That’s the kind of stuff that gets me pumped.”