Wondering how the Capitol is faring after almost a foot of snow closed the federal government today? Or just curious what snow looked like in D.C. more than 30 years ago? Not to worry, FedScoop has you covered with great snow pictures from the D.C. area to keep you busy this snow day.

Just like this postcard from a century ago, the @USCapitol is a #winterwonderland. pic.twitter.com/uqYyy1EALs

I have a new friend! What should I name him? #oreosnowman @8NEWS pic.twitter.com/gKc37eIGrV

Rose Garden in snow. At the end of the Colonnade stands the Oval Office (WWR File Photo) pic.twitter.com/JhlvEAQa7R

We’re open and the TCB snowman is ready to take your order! pic.twitter.com/BosIJoHXPZ 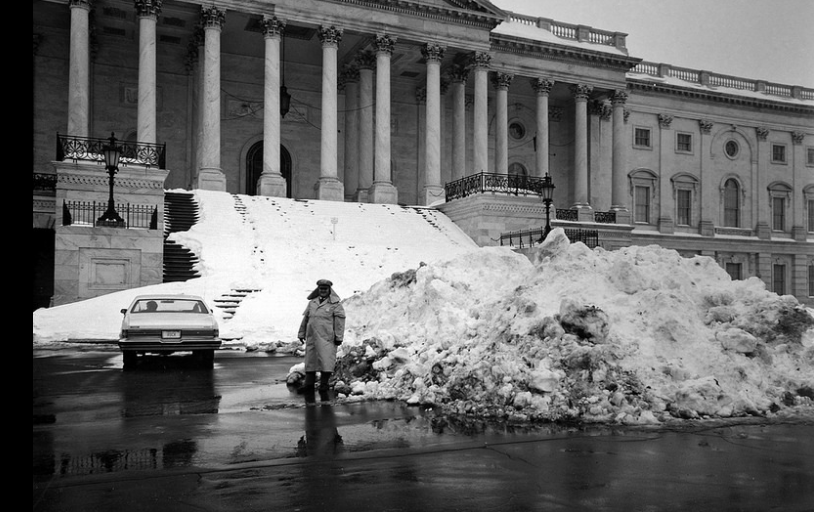 A Capitol Police officer stands in front of a pile of snow outside Capitol, taken Feb. 21, 1979. (Photo: Architect of the Capitol)