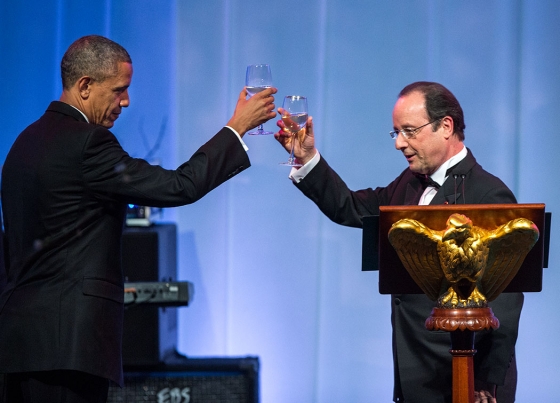 President François Hollande of France raises a toast with President Barack Obama during the State Dinner on the South Lawn of the White House, Feb. 11, 2014. (Official White House Photo by Amanda Lucidon)

The guest of honor went stag and the first lady wore sleeves as the White House celebrated the first state visit by a French president in nearly 20 years.

Oscar nominee Bradley Cooper was there, as were funny ladies Julia Louis-Dreyfus and Mindy Kaling, who gave Instagram followers a peek into her night, and funny guy Stephen Colbert.

Cosmo girl Joanna Coles, editor of Cosmopolitan magazine, was invited, perhaps to share advice on french kissing, while Grammy winner Mary J Blige performed for guests inside the tent on the South Lawn.

The menu, which was inspired by the shared history and friendship between the United States and France, showcased delicacies from across America and included produce from the White House garden. 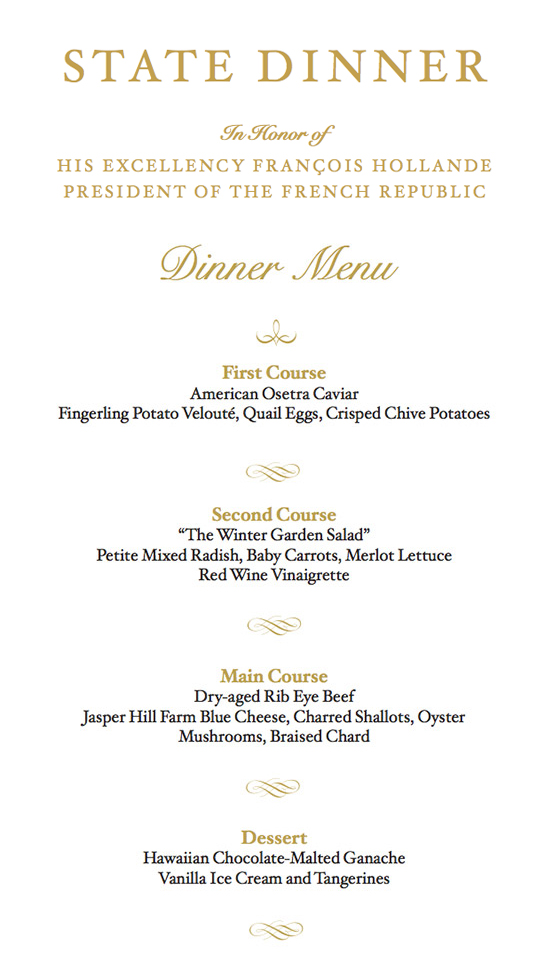