A soon-to-be-released public opinion poll by the Chicago Council on Global Affairs shows that most Americans are less worried about the National Security Agency encroaching on their private communications than they are about the increasing dangers posed by Islamic terrorist groups like the Islamic State in Iraq.

The poll, scheduled to be released Sept. 15, was referenced Thursday by Peter Feaver, director of the Duke University Triangle Institute for Security Studies, during a conference in Washington, D.C., sponsored by the American Political Science Association. According to Feaver, the findings are “striking” because they represent the views of Americans before the recent surge of terrorist activity in Iraq and Syria that now threatens the stability of the entire region.

“Only one in three thinks that the restrictions on the National Security Agency should be increased,” Feaver said. “And seven in 10, a super majority, say that it’s more important for the federal government to investigate possible terrorist threats, even if that intrudes on personal privacy.”

Dina Smeltz, a senior fellow on public opinion and foreign policy at the Chicago Council, confirmed the survey’s findings to FedScoop, but said she wouldn’t characterize the seven in 10 statistic as a super majority. “Maybe solid, not super,” she said. 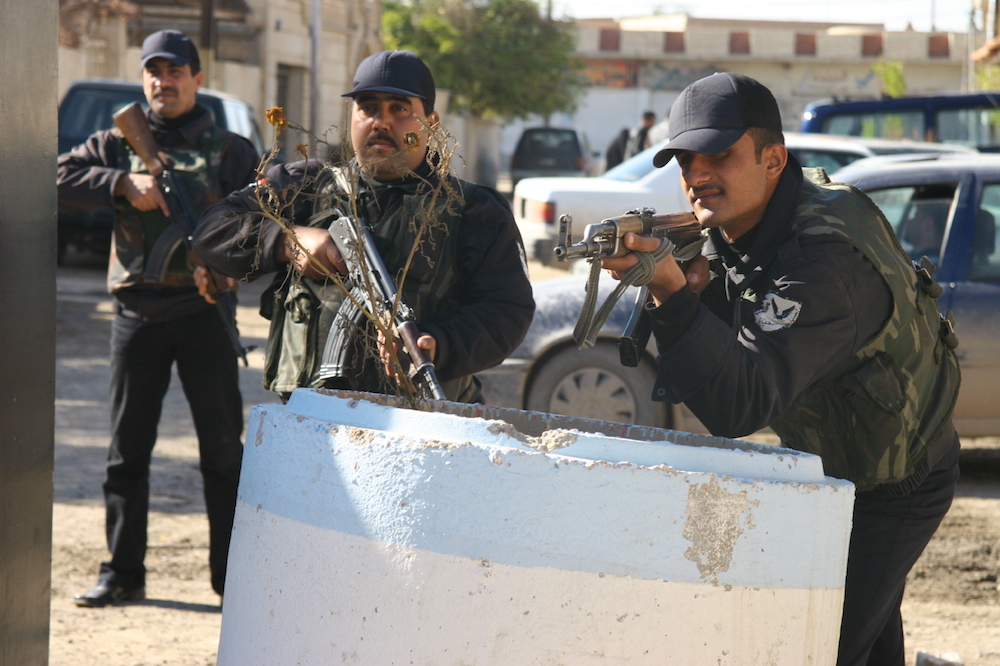 News of the survey results comes as President Barack Obama announced Thursday he has directed the Defense Department to develop options for additional actions in Iraq and possibly Syria to counter the rise of the Islamic State, the terrorist group formerly known as al-Qaeda in Iraq (AQI) and the Islamic State in Iraq and the Levant (ISIL). The rise of the group, which has captured large swaths of territory in recent months and beheaded an American journalist, may be a key factor helping to push the nation beyond its anger over NSA domestic surveillance programs, Feaver said.

“The public outrage at the NSA probably hit a high water mark…at the height of the Snowden coverage and world events are likely to push the public further and further away from that,” Feaver said, referring to Edward Snowden, the former NSA contractor responsible for stealing thousands of documents detailing sensitive NSA programs designed to uncover terrorist communications.

The survey results also reveal “very little positive affect toward Snowden” by the American public, Feaver said. “So Bart Gellman [of the Washington Post] may win a Pultizer, but the general public doesn’t view Snowden as a hero. This is a public that the NSA could work with. This is more of an NSA kind of public than a Ron Paul public,” he said, referring to the former senator and presidential candidate who has become one of the most outspoken opponents of NSA surveillance programs. “There are, of course, very outspoken minority groups that hold to a Ron Paul view, but in general the public is more sympathetic to what the NSA is doing,” Feaver said.

Matthew Olsen, director of the National Counterterrorism Center, acknowledged the shift in public opinion but said the government still has a long way to go to close the trust deficit with the American people. Olsen said the terrorist threat is greater and more diverse than its ever been since 9/11, and yet some of the misperceptions of the NSA’s activities that were supported by erroneous press reports still linger.

“The initial story that the Washington Post broke said that the NSA had directly tapped into the central servers of Internet companies. This was based on the slides that Snowden had released. This turned out not to be true,” Olsen said. “So a lot of people might rightly think then and even today that was the case. I understand there’s pressure on the press to publish. But the problem is un-ringing that bell. And you all would be forgiven if you think today that it is true that NSA has tapped directly into the servers of American Internet companies. Not true. It’s just not true. But it was the lead paragraph of that initial story.”

Olsen said the documents stolen from NSA and disclosed by a handful of media outlets have had an “extremely damaging impact” on the ability of U.S. intelligence agencies to collect information on known and suspected terrorists. “We’ve lost the ability to intercept the communications of key terrorist operatives and leaders,” Olsen said. “We have specific examples of terrorists who have adopted greater security measures in the last year including various types of encryption. They’ve changed Internet services providers, they’ve dropped or changed email addresses and otherwise in some cases just ceased communicating in ways they had before and dropped out of our ability to see what they were doing.” Follow @DanielVerton