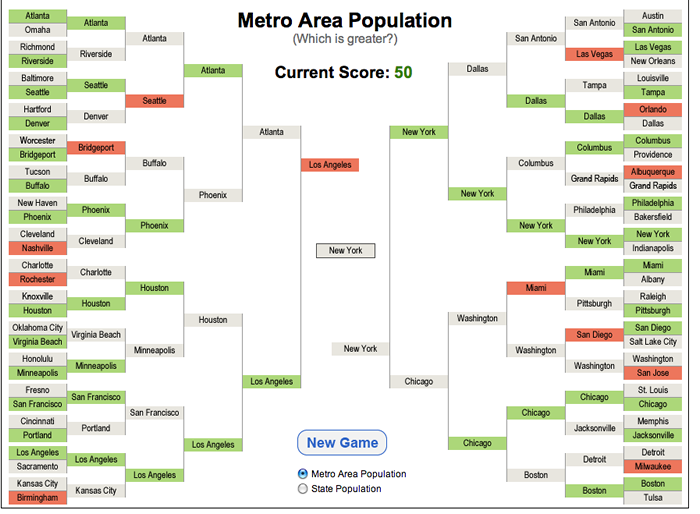 Once you’ve finished your NCAA Tournament bracket, the U.S. Census Bureau has another one for you.

The Census has created “Population Bracketology,” a data visualization of United States population by city. The challenge asks people to guess the size of metropolitan areas by picking between two in a bracket style face-off.

Players get a point for each one correct. Check it out here.