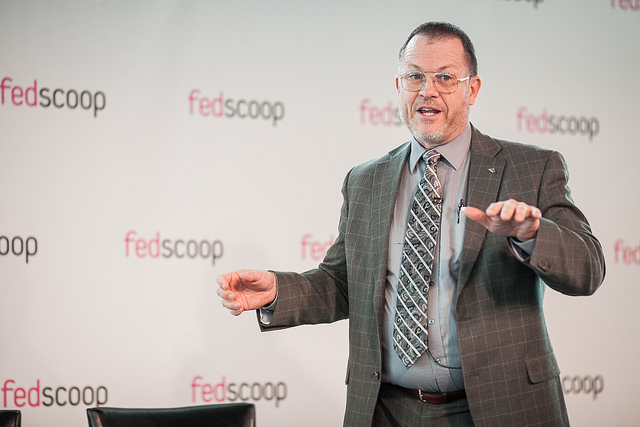 As one of the many leaders in federal mobility, Jim Craft, chief information officer at the Department of Defense’s Joint Improvised Explosive Device Defeat Organization, said he’s exploring the “Bring Your Own Device” toolkit the White House has released.

The reason, he said, is simple.

“I think we can be a leader and come up with one of the first examples of the program that the rest of the DOD and the federal government can think of when implementing mobile solutions,” Craft said in an interview with FedScoop.

Craft has been the CIO now at JIEDDO almost a year and the fourth-generation Marine has big plans over the next few years in implementing a cutting-edge information technology environment and is using a three-pronged approach to do that.

First, he’s looking for ways to get technologies in the hands of the warfighter faster and has a number of projects geared to that. With a very serious mission – JIEDDO leads DOD efforts to defeat the improvised explosive device through counter-IED efforts – Craft said his primary mission would also be supporting the warfighter.

Secondly, Craft wants to increase the use of government and department-wide best practices within JIEDDO.

And finally, Craft said he’s looking to foster the agency’s workforce and create the leaders of today and tomorrow. Part of that, he said, is implementing IT systems management. When he first came on-board, Craft did a baseline IT systems assessment by two outside firms to see where the department was on the maturity scale when it comes to IT. That scale compared the agency to both government and industry.

Part of that assessment is to give Craft data on the money the department spends on every piece of IT that it has. That critical information helps him look for efficiencies and get the best price for the agency.

As for priorities, one area that he’ll be strongly looking at is unified communications. His plan is to implement email, contacts and calendar by the end of 2013 and web browser and mobile application stores by 2014. He’ll also have to make sure that those communications technologies fit in with the Joint Information Environment that the DOD is working on as a whole.

The unified-communications project, though, will have several different elements. Craft said he’s looking at the National Security Agency’s Fishbowl program and partnering with NSA and the Defense Information Systems Agency on some of the big data and mobility capability. He’s also wants an effective way to protect Secret-level mobile communications for key leaders and officers involved in the counter-IED mission.

“We’re building our IT through a variety of ways to create an industrial strength IT organization,” Craft said, “but our biggest goal is helping the rest of JIEDDO drive down cost and become more efficient through analytics and supporting the warfighter every way possible.”