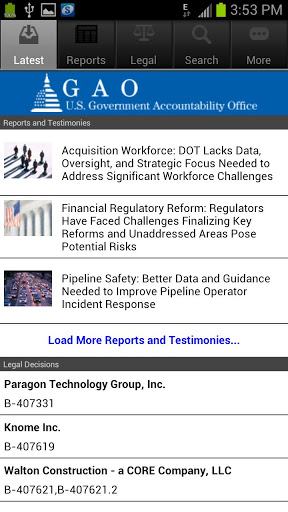 The Government Accountability Office released a new mobile application for Android, the agency announced on Thursday.

According to GAO, Android traffic to the agency’s Web site has increased 27 percent over the past two years. The release is part of the agency’s continuing efforts to meet users where they are, the agency said.

“The development of this Android application helps us further meet the needs of those who access our reports, podcasts, and videos on mobile devices,” said Gene Dodaro, U.S. comptroller general and head of the GAO.

“The agency remains committed to ensuring that Congress and the American people have easy access to our report findings and recommendations for improving government performance.”