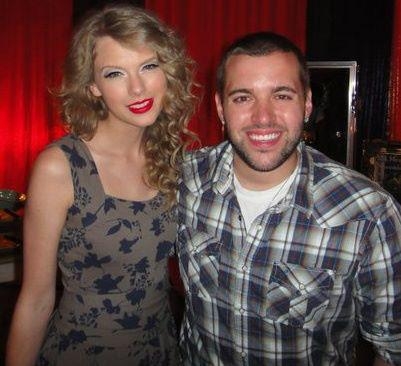 Intern John of The Kane Show probably makes a lot of Hot 99.5 listeners spit their morning coffee; his “Loser Line” segments (as a public service, John volunteers his cell phone number to Washington women to share with unwanted suitors, then plays the shameless voice mail messages on air) are hysterical.

But the days of fetching coffee are likely over for this quick-witted intern. We tuned in with Intern John to get the scoop on how he plans to treat his own apprentice one day and how he’d like to pull a Kane Scam on Abe Lincoln.

When you get your own intern, what is the first task you’ll request he/she do?

Oh man the first thing that comes to mind is when I was an intern in Minneapolis and they had me shot with a taser and maced for a bit, but I think I’d stick with a daily Red Bull run!

What’s the last song you downloaded?

What is your favorite app?

I would say right now Tinder and Uber. Tinder is cool since I’m new to the area, it makes it easier to meet people, and Uber because it’s much easier than a cab!

Mac! I got a MacBook Pro about two years ago and I LOVE it. Haven’t had to get a repair once!

If you could Kane Scam any one in Washington who would it be? How would you do it?

If there was a way to make the Lincoln Memorial’s mouth move for maybe a day so he could talk to tourists, I think that would be hilarious. I just imagine someone walking in there and Abe saying something like, “Sup hommie?”