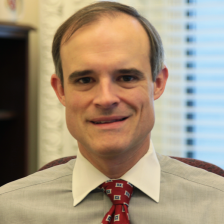 In a blog post on WhiteHouse.gov, Daniel outlined the cybersecurity executive order that calls, among many things, for organizations that work with the nation’s critical infrastructure to voluntarily share threat information with the federal government.

He added, though, that more action is still needed.

Daniel urged industry leaders to ask their cybersecurity teams five questions put forth by the Department of Homeland Security to see if their networks are properly protected.

He also asked that industry, academia and advocacy community participate in the National Institute of Standards and Technology process to develop the Cybersecurity Framework laid out in the executive order. A NIST request for information is now available for comment.

“For decades, industry and all levels of government have worked together to protect the physical security of critical assets that reside in private hands – from airports and seaports to national broadcast systems and nuclear power plants,” Daniel wrote. “Similarly, we must now work in partnership to protect the cyber critical infrastructure systems upon which so much of our economic well-being, national security, and daily lives depend.”