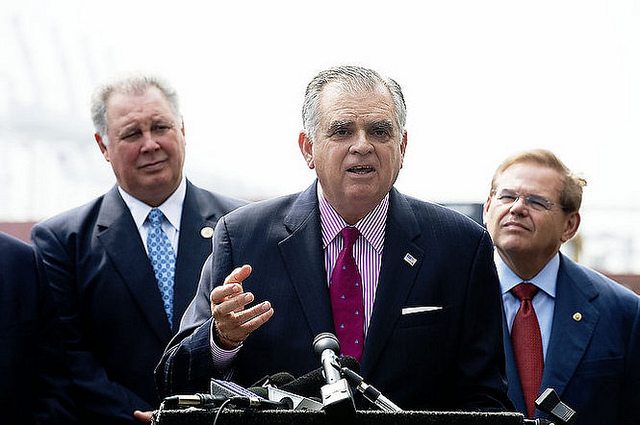 Department of Transportation Secretary Ray LaHood, the last remaining Republican in President Obama’s Cabinet, announced he will step down from his position.

One of LaHood’s biggest missions as secretary was promoting traffic safety and educating the country on the dangers of driving while distracted, namely sending text messages while on the road.

LaHood frequently used his Twitter account to promote agency programs and hosted monthly video chats called “On the Go with Ray LaHood,” where he answered questions from the public.

“As I look back on the past four years, I am proud of what we have accomplished together in so many important areas,” LaHood wrote on his blog. “But what I am most proud of is the DOT team. You exemplify the best of public service, and I truly appreciate all that you have done to make America better, to make your communities better, and to make DOT better.”

I want to thank Secretary LaHood for his dedication, his hard work, and his years of service to the American people – including the outstanding work he’s done over the last four years as Secretary of Transportation.  I also want to thank Ray for his friendship.  Years ago, we were drawn together by a shared belief that those of us in public service owe an allegiance not to party or faction, but to the people we were elected to represent.  And Ray has never wavered in that belief.  As Secretary of Transportation, he has fought to create jobs and grow our economy by rebuilding our roads, bridges and transit systems.   Under his leadership, we have made significant investments in our passenger rail system and laid the groundwork for the high-speed rail network of the future.  And every American who travels by air, rail or highway can thank Ray for his commitment to making our entire transportation system safer and stronger.  I am grateful to Ray for everything he’s done, and I wish him only the best going forward.

by Jackson Barnett • 1 day ago
Tech