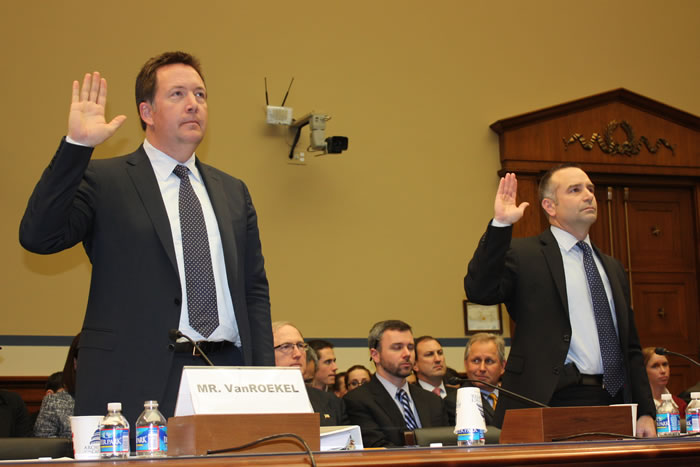 U.S. Chief Information Officer Steven VanRoekel said the federal government is at an inflection point in how it uses technology the private sector has already adopted during House testimony on Tuesday, outlining the steps the Obama administration has taken to more effectively purchase and leverage information technology.

VanRoekel was called to Capitol Hill to testify before the House Committee on Oversight and Government Reform in a hearing on “Wasting Information Technology Dollars: How can the Federal Government Reform its IT Investment Strategy.”

VanRoekel said the technology is available for the government to do things very differently than the past as there are new ways to connect employees and to connect citizens with the government.

VanRoekel said the government is going through that inflection point that industry already has. That is being mixed with the cost and security pressure along with the expectations of citizens.

To help that transition further, VanRoekel said he wants to see more cross C-level collaboration in federal agencies to get away from the view that one person handles one job.

“Our goal is to get the different parts of the agency talking more to create a more cohesive and flexibile system,” he said.

VanRoekel reiterated themes he’s championed since taking over from Vivek Kundra in 2011 as the White House’s top information technology advisor, saying the administration has laid out three IT priorities: innovate for the American people, improve the return on investment of IT spending and advance cybersecurity.

“Eliminating duplicative IT, reforming Federal IT management, and streamlining service delivery were at the core of the Administration’s first term IT agenda,” VanRoekel said. “Building on the progress of the last four years, my objective is to balance cost savings with innovation by continuing to cut costs while we invest in technology that securely services the American people.”

“It’s essential for us to fix this part of government that seems to be broken,” Issa said. “The federal IT spend is bloated, inefficient and has made it more difficult for the government to serve its citizens.”

VanRoekel said starting in the mid-1990s, the federal government took the approach that to do more with information technology it needed to spend more. In 2009, the White House stopped that growth curve and each of the past budgets has seen an IT spend that has remained flat and shrunk in relation to inflation.

“We didn’t use shrinking budgets as an excuse to do less with less, but by being innovative with things like cloud computing and big data, we’ve been able to do more than we ever have,” VanRoekel said.

by Jackson Barnett • 15 hours ago
Tech