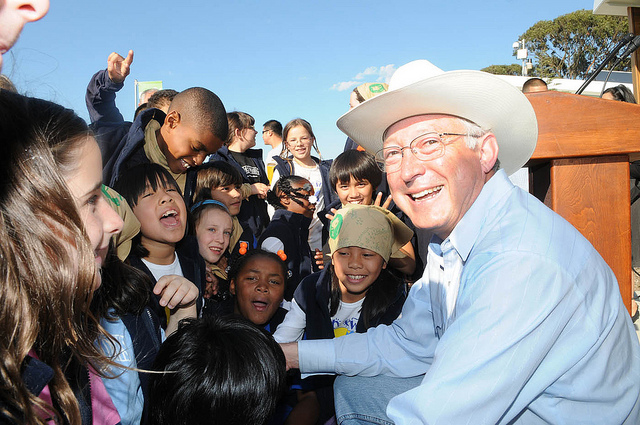 Department of Interior Secretary Ken Salazar will step down at the end of March.

“Colorado is and will always be my home,” Salazar said. “I look forward to returning to my family and Colorado after eight years in Washington, D.C. I am forever grateful to President Obama for his friendship in the U.S. Senate and the opportunity he gave me to serve as a member of his cabinet during this historic presidency.”

Salazar joined the Obama administration as the 50th secretary of the Interior in January of 2009. He previously was a senator from Colorado from 2005 to 2009 and was previously the state’s attorney general.

Salazar gain notoriety for overseeing the department during the BP oil spill in 2010 by administering a moratorium on offshore drilling.

“I want to thank Ken for his hard work and leadership on behalf of the American people. As the Secretary of the Interior, Ken has helped usher in a new era of conservation for our nation’s land, water, and wildlife. Ken has played an integral role in my Administration’s successful efforts to expand responsible development of our nation’s domestic energy resources. In his work to promote renewable energy projects on our public lands and increase the development of oil and gas production, Ken has ensured that the Department’s decisions are driven by the best science and promote the highest safety standards.”