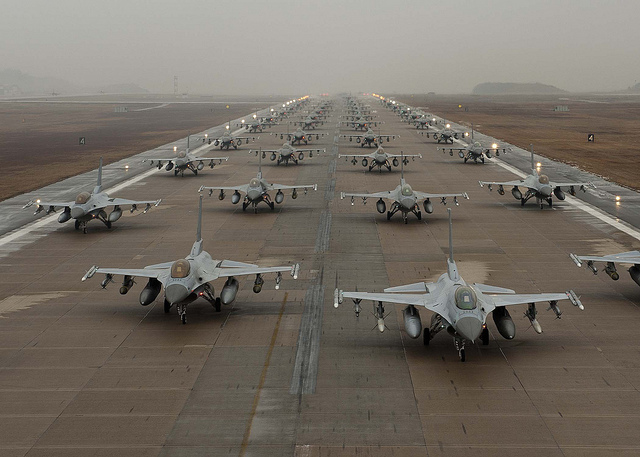 The Air Force plans to issue guidance in the coming days to begin planning for sequestration, Air Force Secretary Michael Donley said Friday at the Pentagon during a press briefing.

“Even though we’re not presuming this worst case will occur,” Donley said, “prudent planning for the third and fourth quarters is required.”

The announcement comes a day after Secretary of Defense Leon Panetta said the Department of Defense as a whole will begin planning for sequestration and budget uncertainty.

Deputy Secretary of Defense Ash Carter released a memo outlining the first sequestration plans of the agency on Thursday.

Donley said the Air Force is taking action on reversible measures to mitigate the impact on service readiness. Some of the actions will include civilian hiring restrictions, curtailing non-essential flying and travel and stopping minor purchases and deferring nonemergency facility sustainment projects.

“To be clear, these near-term actions cannot fully mitigate the impacts of sequestration should that occur,” he said, using the formal term for the looming spending cuts. “If we do not have resolution by March, sequestration will have immediate and negative impacts on Air Force readiness, specifically flying hours and maintenance.”

Sequestration cuts – approximately $1.2 trillion over the next decade, half of which would come from national security – were scheduled to take place January 2, but a last minute deal by Congress delayed them until March 1.