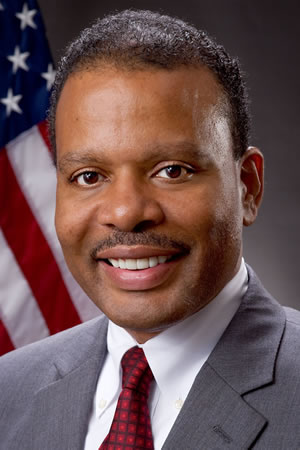 The Environmental Protection Agency will begin its migration to a new email system just after the New Year with the agency’s approximately 17,000 employees transitioning to the system during the first months of the calendar year.

The benefits, though, said EPA Chief Information Officer Malcolm Jackson, will not be in getting the agency on one email system – that’s actually already the case – but on one set of collaboration tools.

In an interview with FedScoop, Jackson said EPA is transitioning from Lotus Notes to Microsoft Office 365 with Lockheed Martin leading the transition.

“Having one collaboration tool will be the key as employees from across the agency will be able to work together seamlessly on the same system,” Jackson said.

Collaboration has been one of the leading priorities for Jackson since becoming EPA’s CIO in July 2010 after working in private industry his entire career, most recently as a senior IT executive at Cigna and the director of IT at Monsanto.

Jackson said along with adding the new email and collaboration tools, one of his big priorities for the coming year is implementing a newly awarded contract that upgrades the agency’s hardware and provides desktop and printer support.

The EPA will also continue the implementation of its geospatial platform that it launched last year. Jackson said the agency is creating a uniform location for internal geospatial professionals to store data and for program offices to have a solitary platform to work from and share information.

One big item on his plate – and something Jackson is looking for additional ideas on – is finding ways to help EPA better interface with its customers and stakeholders.

“What we really want to do in the upcoming year is make it easier to interact with EPA in general,” Jackson said. “We want to look at tools and products that can enhance our interface with the public.”

As for larger federal technology trends, Jackson pointed to mobility and the current transformation of the mobile marketplace.

He said over the next 12 to 18 months, the mobile landscape will play itself out as certain devices and operating systems will separate themselves from the pack and help agencies determine which are the best for handling issues like big data analytics or managing structure and unstructured data.

“All of these things will converge in one device, but its going to take some time to figure out exactly what that’s going to be.”