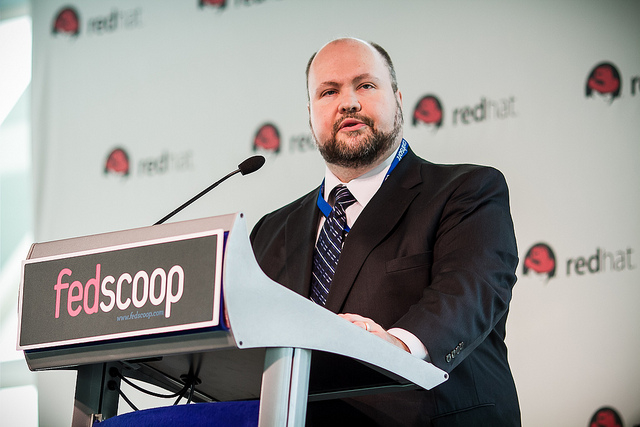 In an interview with FedScoop, Owens said the USPTO’s automated systems were built – in some cases – approximately 40 years ago and has been carried through various updates and upgrades, but is not in line with modern technology.

“I joke that we need to keep EMTs around to resuscitate some of the folks that know the code some our systems are written in,” Owens said.

Owens is using open source and agile development to rewrite the more than 200 automated systems the agency uses. Using mainly Red Hat’s CloudForms, Owens said USPTO would focus on bringing a better set of Internet technologies to the agency’s more than 11,000 employees.

“It’s going to be a complete reorientation,” Owens said. “We’re going to build a services-style model in a virtual cloud environment with redundancies, so if part of a system goes down there is no disruption of service, just like private sector companies like AOL, Google, Yahoo or Amazon.”

The USPTO does, in fact, operate as a business, receiving federal taxpayer appropriations set at projected fee revenue from patent and trademark users.

That means a complete rewrite to a number of the agency’s core business-related functions:

All of these projects will be completed within the next few years, done on a two-week agile development cycle.

“We’re constantly putting out new releases and then burning down the backlog of features, patches and corrections,” said Owens, who came to USPTO after a long career at AOL. “Its very akin to the work I did in the private sector in how we are approaching it.”

Owens said with the USPTO expecting to get a new director soon, his priorities could be altered, but the projects he mentioned will take center stage for the immediate future.

All of that falls in line with his view of the role of IT.

He quotes former Chubb CIO June Drewry when she says that ”there is no such thing as an IT project. There are only businsess projects with an IT component.”

“We’re at a point where I don’t worry about email or storage or the basics of IT – that’s not our core mission,” Owens said. “The focus is finding ways to help us run more smoothly as a business and let IT be a key enabler of that.”