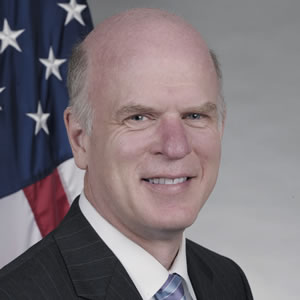 Power, current chief of staff at the National Telecommunications and Information Administration, a part of the Department of Commerce, will fill the position formally held by Scott Deutchman.

Tom Power is the Chief of Staff of the Commerce Department’s National Telecommunications and Information Administration. Power provides managerial and policy support for a wide range of agency activities, including Internet policymaking, spectrum, and Recovery Act broadband grants programs.

Prior to joining NTIA in April 2009, Tom served for nine years as General Counsel of Fiberlink Communications in Blue Bell, PA. From 1994 -2000, he served in several supervisory roles at the Federal Communications Commission before being named Senior Legal Adviser to FCC Chairman William Kennard, advising the chairman on broadband, common carrier, and mass media matters.  Before joining the FCC, Power was a telecommunications and litigation partner at Winston & Strawn. He received his undergraduate and law degrees from the University of Virginia.