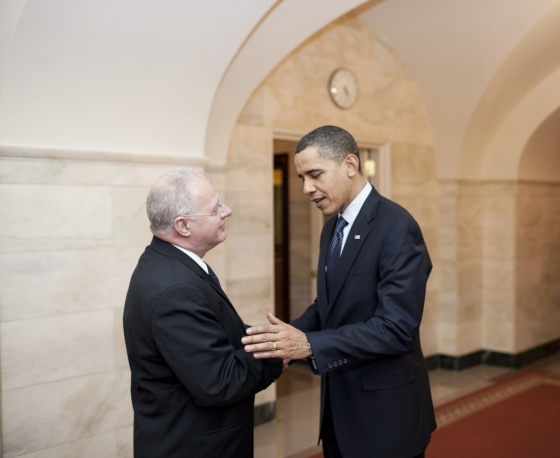 Former White House cyber czar Howard Schmidt has been elected once again to the (ISC)2 board of directors. The 13-member board is responsible for governance and oversight, grants certifications and enforces the code of ethics, according to a statement released Dec. 5.

Schmidt, who was the White House cybersecurity coordinator for 2.5 years, has previously served on the (ISC)2 board of directors and the North American Advisory Board.

“We are pleased to, once again, welcome Howard’s knowledge and expertise to (ISC)2’s board of directors….Howard has a distinguished career in defense, law enforcement and corporate security, spanning more than 40 years,” W. Hord Tipton, executive director of (ISC)2, wrote in an email to FedScoop.

President George W. Bush appointed Schmidt as vice chair of the President’s Critical Infrastructure Protection Board and Schmidt later assumed the role of chair in January 2003.

He was the chief security officer of Microsoft and also worked at the National Drug Intelligence Center at the FBI.

Four other new members were elected to the board along with Schmidt, including Jennifer Minella, the vice president of engineering and chief information security officer for Carolina Advanced Digital.

The two Americans are joined by three other international colleagues: Greg Mazzone of Australia, Richard Nealson of Ireland and Freddy Tan of Singapore.

“Given the growing intensity of global security threats and the deepening need to fill the pipeline of cybersecurity professionals, the fresh, diverse perspectives and expertise of these new directors will help us address these challenges,” Tipton said.