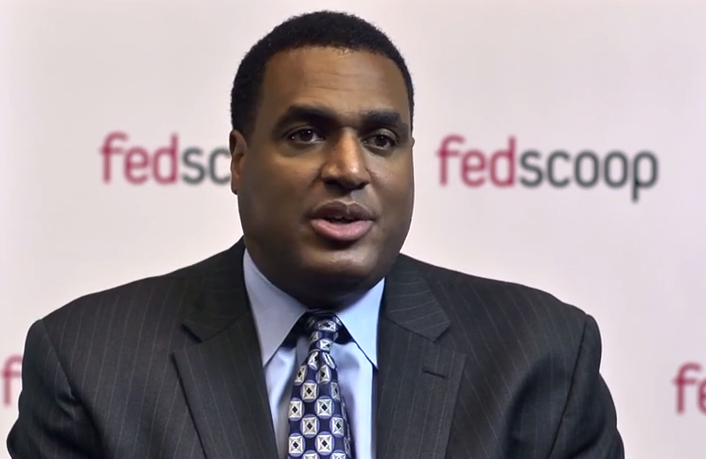 Shawn Kingsberry is leaving his role as CIO of the Recovery Accountability and Transparency Board for a position with Virginia-based IT firm TASC. (Credit: FedScoop)

Shawn Kingsberry, chief information officer for the Recovery Accountability and Transparency Board, is leaving government for the private sector.

After spending 22 years in government — the last five with RATB since it launched — Kingsberry confirmed in an email to FedScoop that he will join Arlington, Virginia-based TASC Inc. as the director of cloud services. His last day at RATB is Friday.

“Working for the federal government has been an awesome experience,” Kingsberry wrote to FedScoop in an email. “I’ve had the opportunity to work with some of the greatest minds in the business of Information Technology spanning federal and Industry. I’ve worked with Congress to radio technicians on the ground protecting the land and our country.”

With RATB, Kingsberry led the board’s swift effort to host Recovery.gov on Amazon Web Services’ cloud in just 22 days. Recovery.gov provides transparency on the spending of the $787 billion allotted to stimulus efforts in the American Recovery and Reinvestment Act of 2009 to minimize fraud and waste. Kingsberry and RATB’s IT efforts were made all the more difficult in that only $84 million of that budget went to the board’s efforts building, launching and maintaining the website.

Kingsberry will continue his cloud leadership in his new role at TASC, helping “federal government with ‘Big Data’ challenges which includes ‘fraud analytics’ as well as migration.”

“Over the past five years working for the Recovery Board, my perspective has expanded in many ways,” he said. “I now understand there is an opportunity to help the Federal Government lean forward and take full advantage of 21st century computing. TASC provided me the opportunity to accomplish this goal.”

In his new role, Kingsberry will be part of a new business line lead by Mark Forman. “We will translate the perceived challenges in cloud computing which is truly 21st century computing in a language that people can better understand,” Kingsberry said. “Business drives technology. Technology enables business to meet its goals and objectives. When we describe cloud it will encompass on premise, and as service.”

Forman, who worked with TASC for a few years in the late 1980s, rejoined the company in April as vice president for IT services and cloud initiatives. Between his roles with the Arlington firm, Forman served in federal positions across the IT industry and federal government, including a two-year stint as administrator of the Office of E-Government and Information Technology — position thought to be the precursor to the role of federal CIO — until August 2003.

Below, Kingsberry, named a FedScoop Cloud Innovation Hero, describes the best practices he applied during his time as RATB CIO.