Continue to FedScoop.com
Maj. Gen. Nick Justice energizes the audience at 'The Future has Never Been So Open' Government Symposium presented by Red Hat at the Newseum on November 6th, 2013. 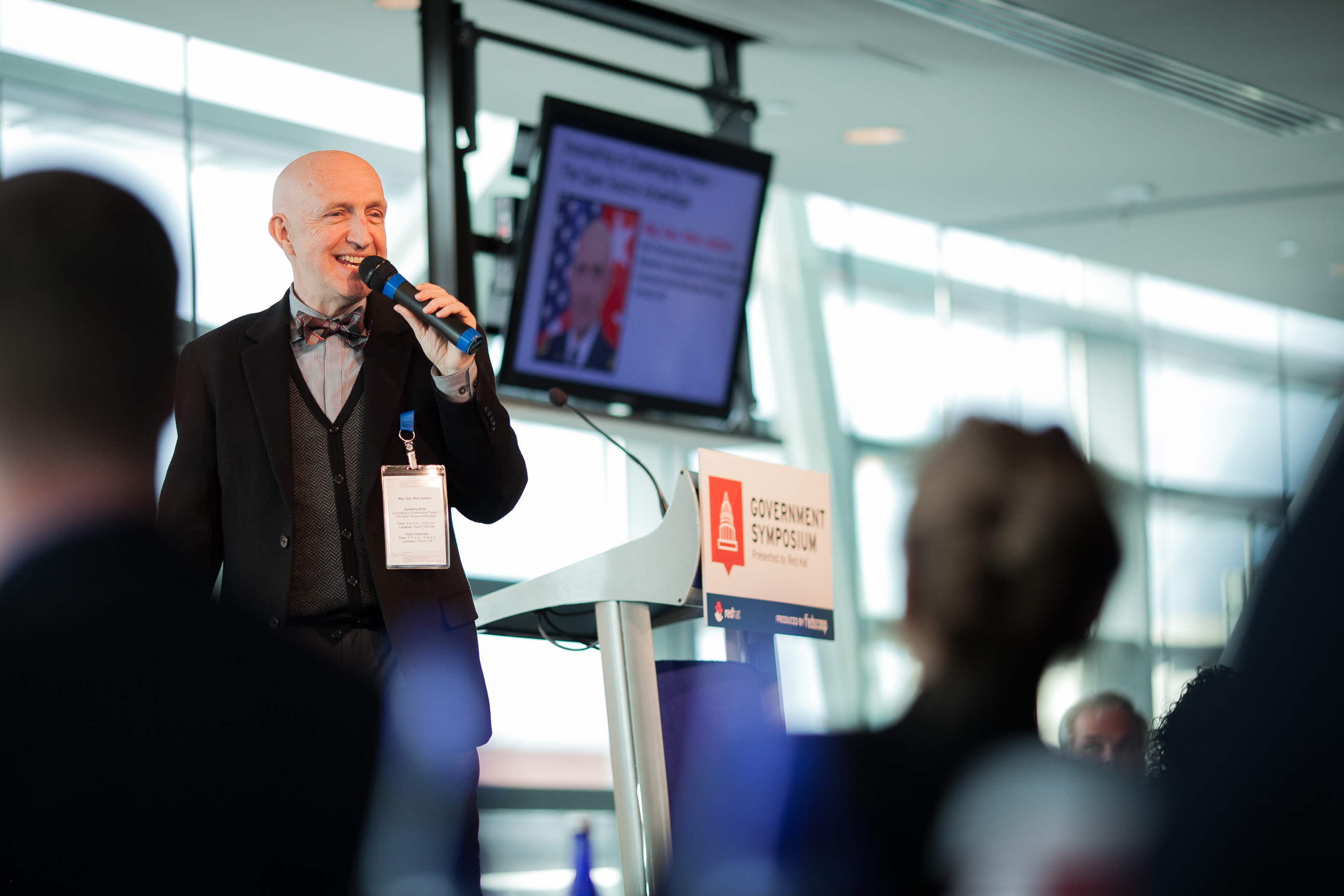 Retired Army Maj. Gen. Nick Justice energizes the audience at “The Future has Never Been So Open” Government Symposium presented by Red Hat at the Newseum on Nov. 6, 2013. (Photo: FedScoop)

Leaders in the technology industry and government gathered Nov. 6 at the Red Hat Government Symposium, hosted by FedScoop, to discuss the future of open source in open data, security and other issues.

Among the presenters was Ben Balter, Gov 2.0 evangelist and developer for GitHub.

“Technology is making it easier to work together than to work alone,” Balter said about open source.

Balter’s employer, GitHub, is like a social media platform for developers. Government agencies and companies are able to share their code so it may be modified and tested by developers. The government or agencies may then adopt the changes if they like them.

“Trust your employees, get out of their way, let them do amazing things,” Balter said.

“It’s about thousands of ideas, not one,” he said.

There is a five-year window for open source programming in the federal government, partly due to its need to reduce costs, Justice said.

He urged the IT community to work together to make software and government better.

“Do we have competitors or do you view yourself as a community?” he said.

Paul also led the creation of Data.gov and Recovery.gov, which helped open government data to the public.