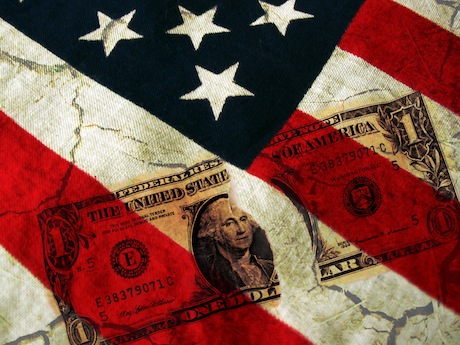 Healthcare.gov, federal employees who weren’t working but still got paid and home loans are identified as the worst spending decisions of 2013. (Image: iStockphoto)

As the year comes to a close, Sen. Tom Coburn, R-Okla., released his 2013 “Wastebook”— a list of the top 100 wasteful spending decisions that cost the government $30 billion in the last year.

Coburn identified the top costliest spending faux pas as the $379 million healthcare.gov website, the $400 million spent on paying federal employees to do nothing during the government shutdown, and the $500 million in home loans for people to purchase property in Hawaii.

“Collectively, these cost nearly $30 billion in a year when Washington would have you believe everything that could be done has been done to control unnecessary spending,” Coburn said in the report. “Had just these 100 been eliminated, the sequester amount would have been reduced nearly a third without any noticeable disruption.”

In the last year, the Agriculture Department’s home loan program, which is meant to aid rural areas, issued nearly 166,000 loan guarantees. More than 100 of those were for $500,000 or more to buy homes in Hawaii. When these homes foreclose, it costs the government millions of dollars. According to the USDA Office of the Inspector General, the government paid $496 million in loss claims in fiscal year 2013.

The waste Coburn described as “paid to do nothing” refers to the more than 100,000 federal employees who during the shutdown were deemed non-essential but still received pay. Each of those workers was paid $4,000 during the 17 days the government was closed. In addition, in a sampling of three agencies, more than 35,500 employees were earning more than $100,000, were furloughed for performing non-essential duties, and then paid for not performing those duties.

“It is truly unfair to charge billions of dollars to pay others not to work to taxpayers working to cover their own bills and the bills of the government,” according to the “Wastebook.” “This is especially true when the non-essential federal employee is being compensated more than twice the average U.S. family income of $51,000.”

Coburn also used the “Wastebook” to highlight healthcare.gov as a waste of taxpayer dollars.

States are spending millions of dollars to promote sign-up for the Affordable Care Act, and according to Associated Press data, the total cost for promoting “Obamacare” nationally will be at least $684 million. Building the website is estimated at $319 million so far.

The lesser-known spending decisions Coburn identified as wasteful include: