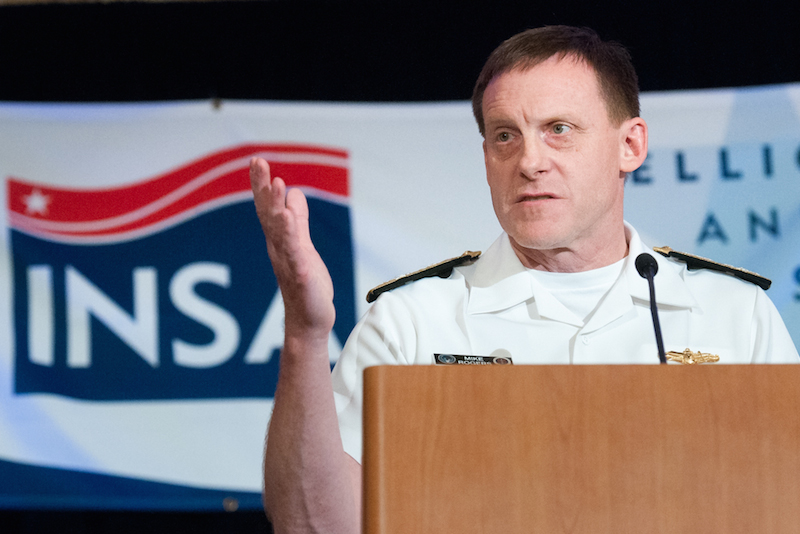 There may be more tales yet to come from Edward Snowden, arguably the most wanted man in the world, but Adm. Michael Rogers will be damned if he’ll allow one man and a handful of journalists to write the final chapter in the National Security Agency’s storied history.

“This is not what’s going to define us, and I am not going to spend my time focused on this,” Rogers said, speaking Wed. night at a dinner hosted by the Intelligence and National Security Alliance. “I am not going to waste my time wishing the world was a certain way. We’re going to focus on the mission and stick to the facts.”

His first 100 days as the new director of NSA now complete, Rogers has planted a series of firm navigation beacons for his employees as they seek to move beyond the Snowden era. Among those beacons are efforts designed to win back the trust of those Americans who feel (rightly or wrongly) that NSA has gone too far in its signals intelligence collection efforts and specific programmatic initiatives to enhance NSA’s cyber workforce and partnerships with the private sector.

During a nearly hour-long presentation at INSA, Rogers emphasized that his top priority for NSA is to begin closing the trust deficit by communicating openly and regularly about what the agency is doing while ensuring adherence to the rule of law. Reconstituting the intelligence collection losses that have resulted from Snowden’s unprecedented leaks is a close second on his priority list.

“We have a mission that is critical to the defense of this nation and its allies, and we have to execute that mission. And we can’t do it with our heads down,” Rogers said. “We’ve got to get our head up, focus on the mission and we always have to remember it’s about following the rule of law and ensuring accountability.” He added he will not apologize to anybody for being an employee of NSA.

Among the challenges Rogers faces is building — and in many cases rebuilding — meaningful partnerships with the private sector that can lead not only to better information sharing on critical infrastructure protection but also to a more diverse and capable NSA workforce in the future. Rogers has tasked senior NSA officials with producing a plan by this fall detailing how the agency might be able to engage in employee exchanges with industry.

“The biggest thing I’m interested in…is how do we create mechanisms and structure that will enable our workforce to work with us, to go to work on the outside, whether it’s out in Silicon Valley or other technology elements and potentially come back,” Rogers said. “So what do we do to create a more permeable membrane that will enable us to bring people in and out?”

The so-called “internships” at NSA would foster better understanding between career NSA employees and the private sector, which NSA is not only tasked with defending from nation-state cyberattacks but must also depend upon for critical contractor support.

NSA is also actively working on new technical initiatives that may fundamentally alter the intelligence cycle. Terry Roberts, INSA’s Cyber Council co-chair and a former deputy director of Naval Intelligence, said the intelligence community may be witnessing the beginning of a paradigm shift during which instead of starting with classified sources of information, analysts may soon find themselves starting with open source “data, analytics, insights, information and then focus sensitive sources and methods on the gaps.” 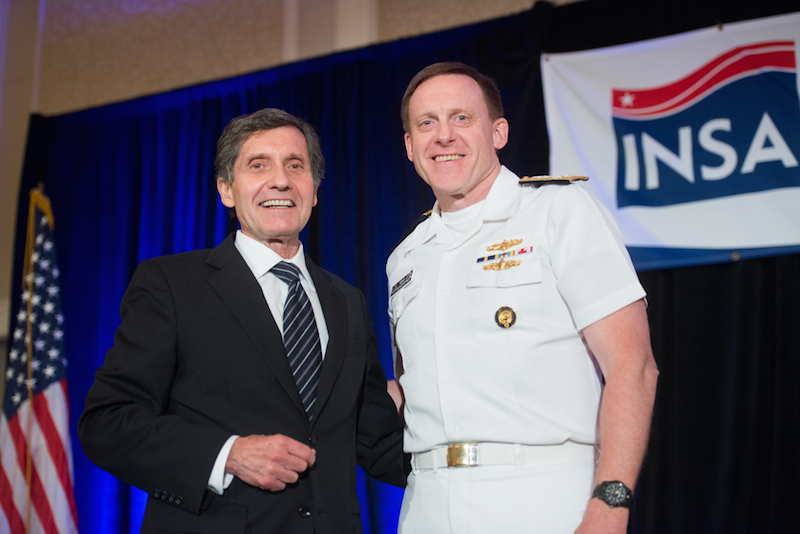 While he doesn’t view the challenge of using classified or unclassified information sources as an either-or proposition, Rogers acknowledged efforts are underway at NSA to find a way to provide simultaneous access.

“One of the projects that we’re working on right now at Fort Meade is how do you do signals intelligence in an unclassified environment. I think that’s a real growth area,” he said. There are clearly technical challenges and risks to this approach, “but I think it’s the future,” Rogers said.

The idea of NSA relying more heavily on open source data, like social media, may seem like a no-brainer to intelligence professionals, but it is in many ways a concept that remains at the heart of the current trust deficit at home and overseas. Americans and citizens from many allied countries remain skeptical of NSA’s motivations in light of the Snowden leaks and what many intelligence officials view as a coordinated media campaign designed to dismantle the agency.

“Part of the challenge in all of this is if we’re honest with each other, the mechanisms of governance within our nation right now do not enjoy broad trust and confidence among many elements of our citizenry. That’s a tough thing to acknowledge. That doesn’t help us as a nation that that’s the case. But it is the case.”

by Jackson Barnett • 5 days ago
Acquisition