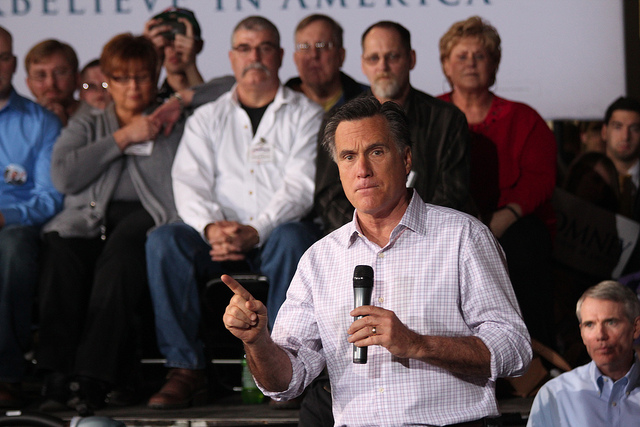 Republican presidential candidate Mitt Romney called sequestration “a mistake” during an appearance on NBC’s “Meet the Press,” because the deal struck by Congress included automatic steep cuts in the defense budget.

Romney said the best route for the economy was his tax platform, which he said would energize the job market and increase government tax revenues

The sequestration cuts of $109 billion in 2013, including $55 billion to defense, were agreed to in the 2011 Budget Control Act that raised the debt ceiling. The cuts became law after the supercommittee failed to reach a deal on deficit reduction and will go into effect Jan. 2.

Paul Ryan, Romney’s vice presidential running mate, voted for sequestration as a member of the Senate and on Sunday defended his vote, saying the vote was not for defense cuts, but a “down payment” on deficit reduction.

“The goal was never that these defense cuts actually occur,” Ryan said.

Ryan said that the House Republicans have already passed a bill that he authored to reverse the sequester for 2013.