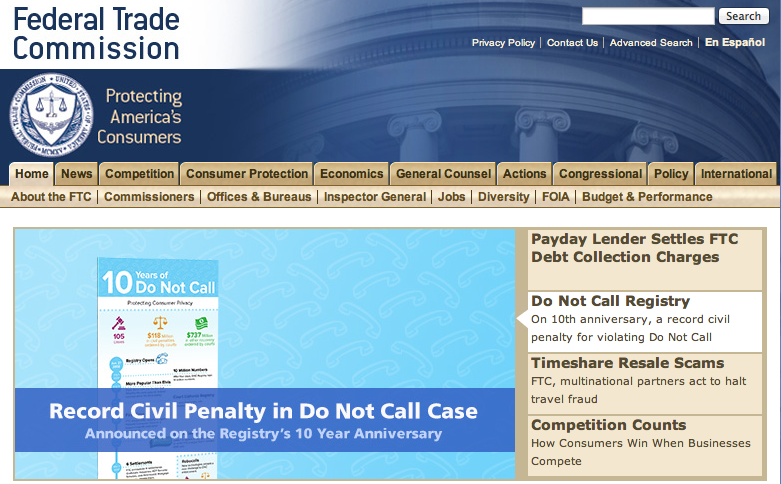 FTC’s main website saw the most improvement in customer satisfaction, jumping 10 points in the last quarter.

Customer satisfaction with federal dot-govs has stagnated for the past few years, and agencies need to address this problem by continuing to enhance Web experiences to meet citizens’ expectations, new research suggests.

In a survey of more than 100 agencies, federal websites scored 75 on a 100-point scale, according to the American Customer Satisfaction Index E-Government Satisfaction Index, released in partnership with customer analytics firm ForeSee.

For the past 16 quarters, the numbers have stayed around 75 — 80 or higher is considered an “excellent” score. Overall, satisfaction levels are 0.1 percent lower — not a significant drop, but still enough to exemplify the lack of improvement in satisfaction with government websites.

“The overall satisfaction score for e-government is fairly high, but we’re seeing the private sector continue to innovate and increase satisfaction while satisfaction with the public sector remains flat,” Larry Freed, president and CEO of ForeSee, said in a release. “Budgets are tight, and it’s hard to justify investment in technology when you have something that meets citizens’ needs. But what’s sufficient today may quickly become deficient if agencies can’t keep up with emerging technology.”

While year after year has generally seen little to no progress, some websites have individually made big gains. This quarter, the Federal Trade Commission’s main website was up 10 points; the General Services Administration’s govsales.gov saw a six-point jump; and the National Archives Record Administration’s website experienced a five-point increase.

Navigation, search and transparency are high-priority areas that need work because of their significant impact on satisfaction numbers, the research concluded.

“All agencies could see a spike in satisfaction if they made the right investments,” Claes Fornell, founder of ACSI, said in a statement. “But there’s no magic formula for every site, and the only way to find out is to collect data from the people who actually use government websites and analyze it in such a way that the most important drivers of satisfaction are identified.”