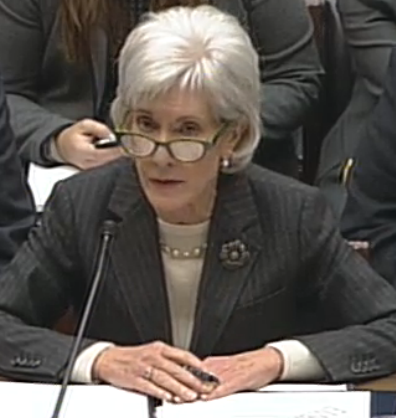 In the wake of news that 365,000 Americans selected plans in the Health Insurance Marketplace in October and November, Department of Health and Human Services Secretary Kathleen Sebelius updated members of Congress on Dec. 11 on the progress of healthcare.gov.

The enrollment numbers are still well under the 3.3 million targeted for the end of November.

“As more Americans give healthcare.gov a second look, they are finding the experience is night and day [compared to the past],” Sebelius told the House health subcommittee.

During the hearing, Sebelius announced the HHS inspector general will investigate the development of healthcare.gov. She also asked the Centers for Medicare and Medicaid Services to hire a chief risk officer to plan how to mitigate risk with the marketplace.

Despite the significant gains since the website’s Oct. 1, Republicans had nothing but tough talk for the secretary.

“This is a matter of trust; it is time for the administration to be honest,” said Rep. Fred Upton, R-Mich., who sponsored a bill to allow insurance companies to continue offering health plans that do not meet the ACA’s minimum requirements. “It is time for transparency and the truth.”

Chairman of the health subcommittee Rep. Joe Pitts, R-Pa., questioned the validity of Sebelius’ enrollment numbers as those who had already enrolled were not yet receiving care until they paid their premium.

Rep. Marsha Blackburn, R-Tenn., was pugnacious in her inquiries about the website’s security.

“I don’t know where the reality is in [the Republicans’] comments,” said Rep. Frank Pallone, D-N.J. “Sometimes, I think they are living on Mars instead of Earth.”

When healthcare.gov was originally launched, it was plagued by slow load times, page crashes and site outages.

HHS on Oct. 22 hired former director of the Office of Management and Budget, Jeff Zients, to fix the website. The administration promised to have the site in working order by the end of November.

A statement issued by CMS early December reported the website had made “dramatic progress.” Healthcare.gov can now handle 800,000 visits per day and has a response time under one second, according to CMS.

by Billy Mitchell • 3 days ago
Tech

by David Egts • 3 days ago
Modernization