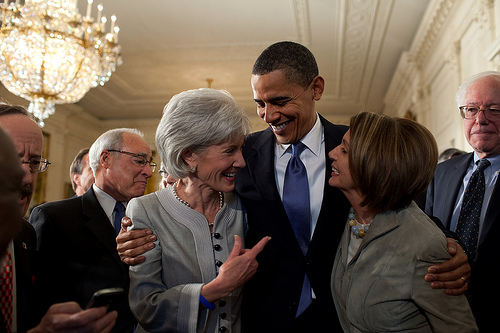 You need not look at a Forbes list to know the world — and the U.S. in particular — is full of strong, empowered and innovative women leaders. However, it never hurts to give credit where credit is due.

Today, Forbes paid tribute to female role models around the world, ranking the 100 most powerful women politicians, entrepreneurs, media moguls, technologists, CEOs, celebrities and more by the money they bring in, their media momentum and impact.

On the technology side, Sheryl Sandberg, chief operating officer for Facebook, Virginia Rometty, CEO of IBM, Ursula Burns, chairwoman and CEO of Xerox, and Meg Whitman, CEO of Hewlett-Packard ranked in the top 15.

Many of Forbes’ inclusions also made Working Mother magazine’s list of 50 Most Powerful Moms for 2013, which was released earlier this month.