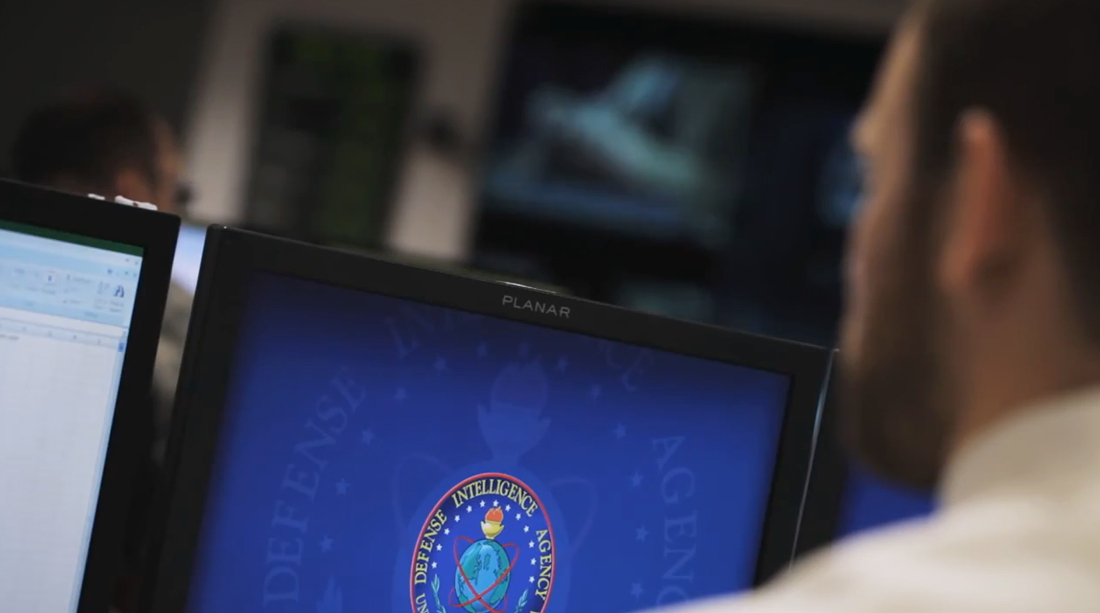 The Defense Intelligence Agency is leading a quiet innovation revolution that may have a major impact on the future of intelligence.

All eyes may be on the CIA’s  high-profile cloud computing contract with Amazon, but a quiet revolution in big data analytics and process re-engineering is taking place at the Defense Intelligence Agency that may have a bigger impact on the intelligence community’s planned common computing environment.

DIA has been at the center of the post-9/11 wars in Iraq and Afghanistan and now finds itself trying to keep pace with an unprecedented level of change on a global scale. It’s what DIA Director Lt. Gen. Michael Flynn refers to as “persistent conflict.”

“This era of persistent conflict is real,” Flynn said, speaking June 24 at DIA’s Washington, D.C., headquarters for the agency’s second annual Innovation Day. “What we’re going to see in the next decade or two is unprecedented. The velocity of change is faster than I’ve ever witnessed.”

To deal with that change, DIA has embarked upon a massive agencywide effort to do the one thing pundits and observers are fond of talking about but rarely accomplish in reality — innovate.

But the innovation taking place within DIA may have far-reaching implications for the intelligence community’s effort to improve collaboration by standardizing its computing infrastructure — an effort known as the Intelligence Community Information Technology Enterprise, or ICITE (pronounced eyesight). And while the agency’s emerging leadership role in ICITE may have been a deliberate effort to protect the interests of its own user base, a common understanding that the agency really has little choice but to get out in front of the challenges it faces has since emerged among senior DIA officers.

“We absolutely have to be a leader in that,” Flynn said, referring to the ICITE initiative and the movement to commercial and government cloud services. “We right now are managing around 230,000 top secret communications platforms around the world. That’s about 20 percent of our budget. That’s a lot of dough.”

Contrary to popular belief, the lifeblood of intelligence is not raw data, but rather the process and quality of analysis that turns the data into finished intelligence — information the president or military commanders can use to make decisions.

But DIA needed to find a way to help analysts deal with the increasing demands of big data, understand what intelligence products its customers were actually reading and rapidly form communities of interest for crisis collaboration.

DIA calls its agile development answer to these problems the Nerd Brigrade.

“The concept of the Nerd Brigade is to take source developers, source coders, business process [experts] and engineers and have them sit side-by-side with analysts, using true data in the production environment that they have to live with every day and just look at their process and figure out where you can do a very agile two-week spin to improve their process and make their lives a little easier,” DIA Director for Analysis Catherine Johnston said. 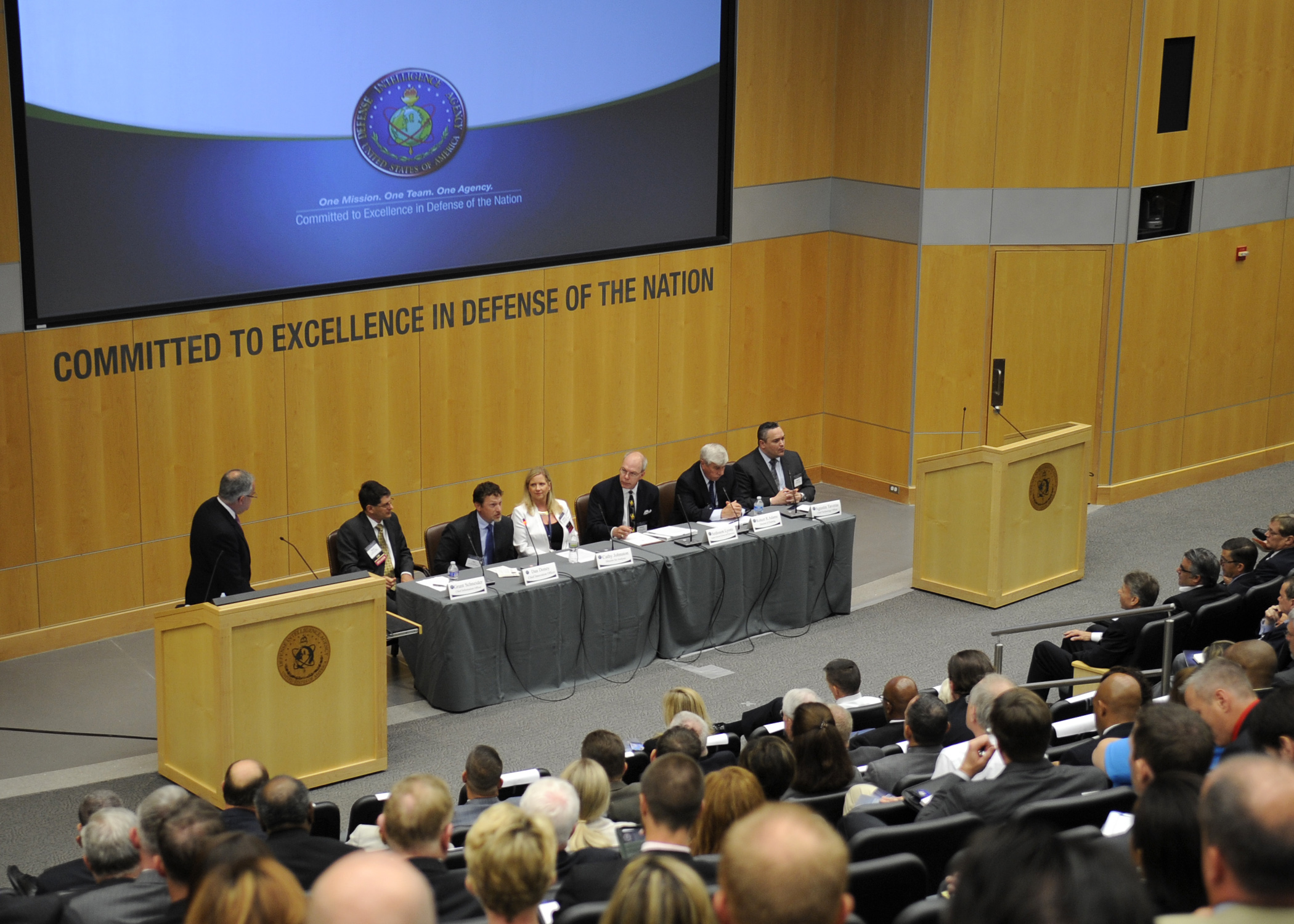 One of the first processes to benefit from this new agile methodology was creating and updating records in DIA’s central repository of global military intelligence information, known as the Modernized Integrated Database.

“We do thousands of MIDB records a year. That is our principal engine,” Johnston said. By leveraging the Nerd Brigade to re-engineer the process of updating the MIDB, the agency was able to shave five to 10 minutes off every record update. “We estimate that for 100 analysts, that represents about 7,500 hours of time saved,” she said. “In addition to the efficiency gains of doing that, we also have much more effective and better fidelity in the data because we’re not introducing human error in those records.”

The focal point for finished intelligence at DIA is known as The Source, which is the engine that powers the internal, classified home page. During the past 18 months, The Source “has become a critical enterprise management and transparency tool,” Johnston said. “This allows us to have a single defense intelligence enterprise web portal so we can see what the entire enterprise is producing and we can identify communities of interest to work across.”

The Source is also enabling business analytics. “In the commercial world that’s not a new thing, but for us it’s a relatively new thing,” Johnston said. “We are now able to definitively show our customers and overseers exactly how much bang for the buck and how much intelligence you get per dollar.”

Tightly coupled with The Source is another tool called IntelTrack, which allows the agency to measure and analyze customer engagement across multiple classified networks, including Stone Ghost (a sharing network with Canada and the United Kingdom), the Secret Internet Protocol Network and the Joint Worldwide Intelligence Communications System.

“This is allowing us across multiple domains…to be able to measure what consumers want, what our production levels are, what people are reading, what they think about what they’re reading and whether or not we’re meeting the mark,” Johnston said.

A major trust of DIA’s analytic modernization effort is figuring out how to make use of the data its employees and customers generate and how to gain insights from data the agency has never used before. “Most of the innovation that’s happening on big datasets is happening in the commercial world,” Johnston said. “Those are areas where we absolutely have to partner with industry to be able to gain those insights and to take those methodologies and start to apply them as part of our broader tradecraft.”

The promise of ICITE stems from its standardization of computing resources, particularly hardware. But one area getting a lot of attention as far as standardization goes is the world of applications. DIA is working jointly with the National Geospatial-Intelligence Agency to field one of the first standard intelligence community apps for mapping and geospatial planning. And that app, along with others on the drawing board, will be provisioned to community users through an Apps Mall run by the National Security Agency.

“Every agency has separate GEOINT mapping tools. The concept that we’re moving into is an 80 percent solution for GEOINT that will be provisioned to the Apps Mall for the entire [intelligence community],” Johnston said. “Of course, there will be unique applications. The idea is not to stifle that innovation and not to meet those individual uses, but for 80 percent of the analysts, a common capability is about what they need.”

The GEOINT app is furthest along in the development cycle, but other apps are planned. “We’re looking at that same approach across a number of standard applications, including search and discovery, common services and common applications,” Johnston said.

DIA’s participation in the development of an Apps Mall for the intelligence community is part of the agency’s overall “apps and data rationalization effort,” according to Grant Schneider, DIA’s chief information officer. That effort is designed to figure out how and which legacy capabilities the agency brings forward into the new ICITE cloud environment and to disaggregate the data from the identity and access controls bundled together over the years, he said.

“It is my belief that we will never be able to share information until we secure it adequately,” and that’s the main benefit of ICITE, Schneider said. “Having the data in a cloud environment co-mingled with other data and information, sort of self-discovering, is what we’re looking at to really be able to get more information and more conclusions to [analysts].” Follow @DanielVerton