At the moment, there are few things more politically volatile in Washington than the fight over immigration. Tech hubs across the country are clamoring for policies that allow them to quickly recruit highly skilled international talent, while Congress fights with the Obama administration over any and every immigration policy proposal.

The policy fight may never be solved, but those responsible for the country’s current immigration process are beginning their own overhaul. Currently, the visa application process is entirely paper-based and requires applicants to interact with a number of different agencies: U.S. Citizenship and Immigration Services, the State Department, and Customs and Border Patrol. By the time a person obtains a visa, his or her application paperwork has traveled around the world six times. 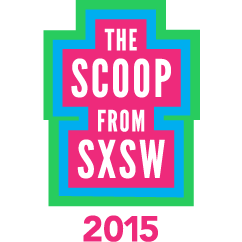 To call the process inefficient would be an understatement. Jill Esposito, the diplomatic liaison for the State Department’s Bureau of Consular Affairs, recently told a crowd at the South by Southwest Interactive conference that the process is “a huge time suck for everyone.”

“Just the boxes moving around the globe is slow in and of itself, but if you add the challenges of custom forms or lost files … the paper files have been a real challenge for us,” Esposito said.

The State Department is moving to end that challenge over the next few months, rolling out a pilot program that will drastically reduce the use of paper. Six consular offices in various countries will have the ability to scan and digitize visa information, allowing agencies to send forms between one another without the need to mail anything across the globe.

With the help of the U.S. Digital Service, five posts — Buenos Aires, Argentina; Frankfurt, Germany; Hong Kong; Sydney; and Rio De Janeiro — will be part of a program that will serve as a test bed for the modernization effort. The system is already being used in the Montreal office.

The State Department created several new applications for the process, including one that allows the National Visa Center to scan and digitize forms and a Web-based portal that will allow overseas consular officers to review the digitized documents and send them to their appropriate offices for record-keeping purposes.

“In the initial phase, we will digitize their forms, and then send those forms overseas to the consular office,” Greg Ambrose, the State Department’s director of consular systems and technology, told FedScoop. “In later phases, the public will actually be able to upload those forms and send them to us.”

Vivian Graubard, who leads the U.S. Digital Service’s effort on the project, said it’s been a great application of USDS’ Digital Services Playbook, a resource created to help federal managers better engage with citizens. She said the playbook helped those working on the project to think differently about a user’s experience with the visa process.

Esposito said that USDS has allowed the agencies involved to get past typical government stovepipes, which often create complex and burdensome problems for programs like this.

“USDS is going to able to be helpful because of their whole government perspective to break those barriers down and get us where we all need to be,” she said.

While the pilot project is primarily aimed at improving how government works, Graubard understands its real-world impact. A descendant of families who fled Colombia and Cuba during times of political upheaval, she knows her work can make it easier for people around the world to change their lives.

“It is not lost on me that I wouldn’t be doing the job that I do if it were not for the state of immigration 25 years ago and how different the process was,” she said during the South By Southwest panel. “If we do our job, and do our job well, we have the opportunity to impact millions of lives. I will continue to fight until I get kicked out.”