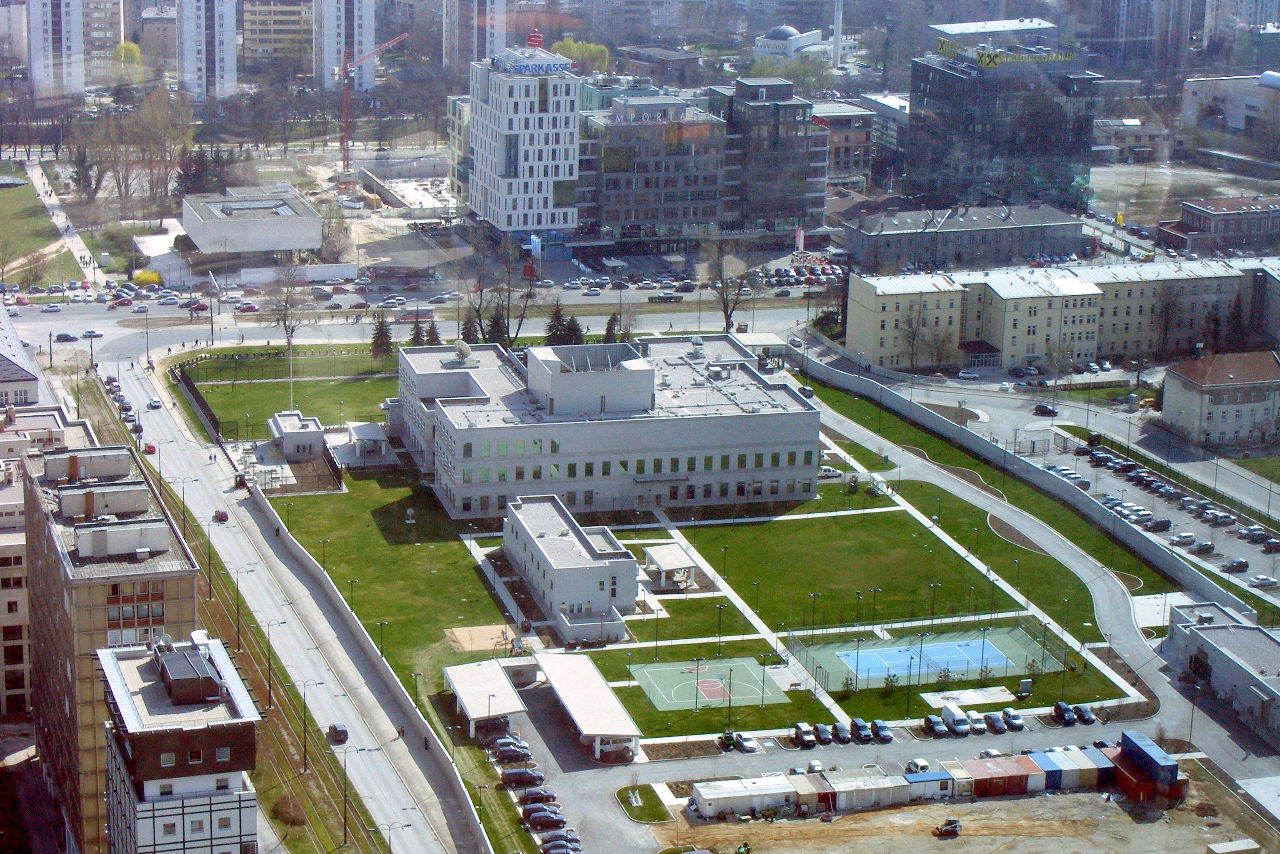 Aerial photo of the U.S. Embassy in Sarajevo.

No one is going to argue security in the State Department’s facilities abroad could always stand improving. Since the attack on the consulate in Benghazi, Libya last year, the State Department has been redoubling its efforts in this regard, and is not ruling out even the more controversial technologies.

On Monday, the department posted a “sources sought” request for information on the Federal Business Opportunities website. The RFI describes interest in using unmanned aerial vehicles, or “drones” as they are commonly called, for use in surveillance of embassy facilities and certain diplomatic travel routes.

“The UAV systems have proven valuable in static security, route reconnaissance, and movement over watch,” the RFI document says. “The surveillance they offer over fixed installations provides for real-time assessment of potential threats.  The availability of UAV systems allows reconnaissance of proposed movement routes, identification of alternate routes and threat evaluations prior to convoy departure.  The surveillance they provide significantly improves situational awareness.”

The use of UAVs has been controversial due to their use in warfare by the Defense Department and the Central Intelligence Agency. Of course, their proposed use by the State Department will likely be viewed in a different light, as the specifications cite their only payloads to be different types of cameras. Also, as the notice states, the drones would be completely owned and operated by the contractors, providing a built-in level of transparency.

According to the notice, the drones should be capable of flying up to 12 hours each day and 10 hours on average days while continuously collecting video. They should also be able to send back high-quality still images while in flight. And probably one of the most difficult requirements is the ability to operate at night and when GPS navigation is unavailable.

The State Department has been looking into UAVs for surveillance purposes for a few years now. It issued a similar RFI back in September 2011, but closed it out in May of this year because no one met the minimum requirements as specified. Maybe this time around, State will have better luck. Of course, because it is a “sources sought” notice, the department is not obligated to hand out any contracts, so it could be in the same boat as with the last one.