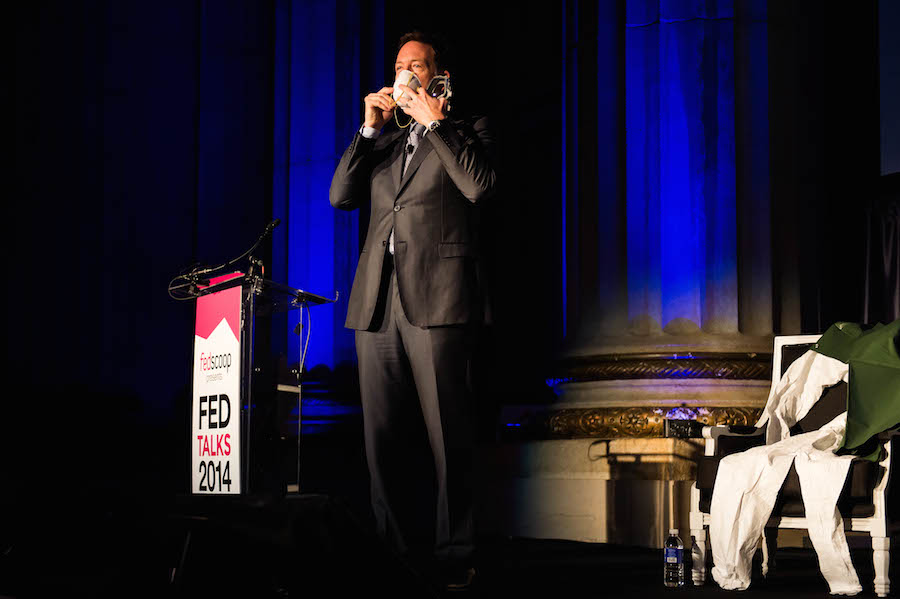 Technology is not the solution for Ebola.

That was part of the truth new U.S. Agency for International Development Chief Innovation Officer Steven VanRoekel spoke Thursday during his opening keynote at FedScoop’s FedTalks 2014.

It is, however — like it is with many things in government — “a part of the solution,” VanRoekel said. “We’re approaching and Ebola as ‘What can technology do to accelerate or amplify the care we normally do, make things more efficient, help us make better, faster decisions to get our arms around this in a way that maybe we wouldn’t be able to without technology.’”

VanRoekel, who departed his post as the federal chief information officer to join USAID in September, put that all in a bleak context, given West Africa’s lacking technological infrastructure. Applying the technology that would typically be used in the United States, he said, “is a whole new ballgame.”

“This is not like driving into northwest D.C. or any part of the District, it’s not going to even a town in the United States and sort of thinking about ‘How would I bring technology to this town?’” VanRoekel said. “You have very little cellphone coverage, unreliable power everywhere, devices that you would want to put out in the field probably can’t connect to the Internet from where you are and need to be ruggedized — we’re talking to manufacturers about when you have a tablet in an Ebola treatment unit, you have to be able to dip that tablet into chlorine water to get any virulent material on it off.”

As medical workers deploy to West Africa to treat those affected by Ebola, a major concern is the protective suits they are wearing. Not only are the suits imperfect and vulnerable to accidental exposure, but putting them on and taking them off is also an extensive struggle. Plus, with multiple layers, they trap in the West African heat. In a U.S. lab, they’re not that bad, but that’s with plenty of air conditioning. “In Africa, it’s about 110 degrees,” VanRoekel said, and the worst is ahead with the coming summer heat.

So, USAID launched both a Maker Faire and an Ebola Grand Challenge to bring innovation to this issue, as well as rapid diagnostics in the field.

After approaching the frontline issues on the ground in care and communications, data is a major key to understanding Ebola and how aid efforts are making an impact. “Can I understand more about this disease? Can I build a capacity in these countries to learn more about disease?” VanRoekel asked.

USAID is also working with the countries on electronic health records to better understand, especially in the future, who is vaccinated and the medical backgrounds of those who might be infected. Big data and modeling play into it as well, layering things like phone records and population maps on top of other data sets to better track the movement of the disease.

But that’s all secondary to the main fight, VanRoekel emphasized. Ebola is bigger than technology, just as it’s bigger than West Africa and bigger than a health care crisis.

“There’s actually aspects and second-order effects of a disease like this when an economy screeches to a halt or people stop moving goods across borders,” he said. And although technology will have a role in fighting Ebola, “[t]he way you stop this,” VanRoekel said, “is going to attack it in West Africa.”