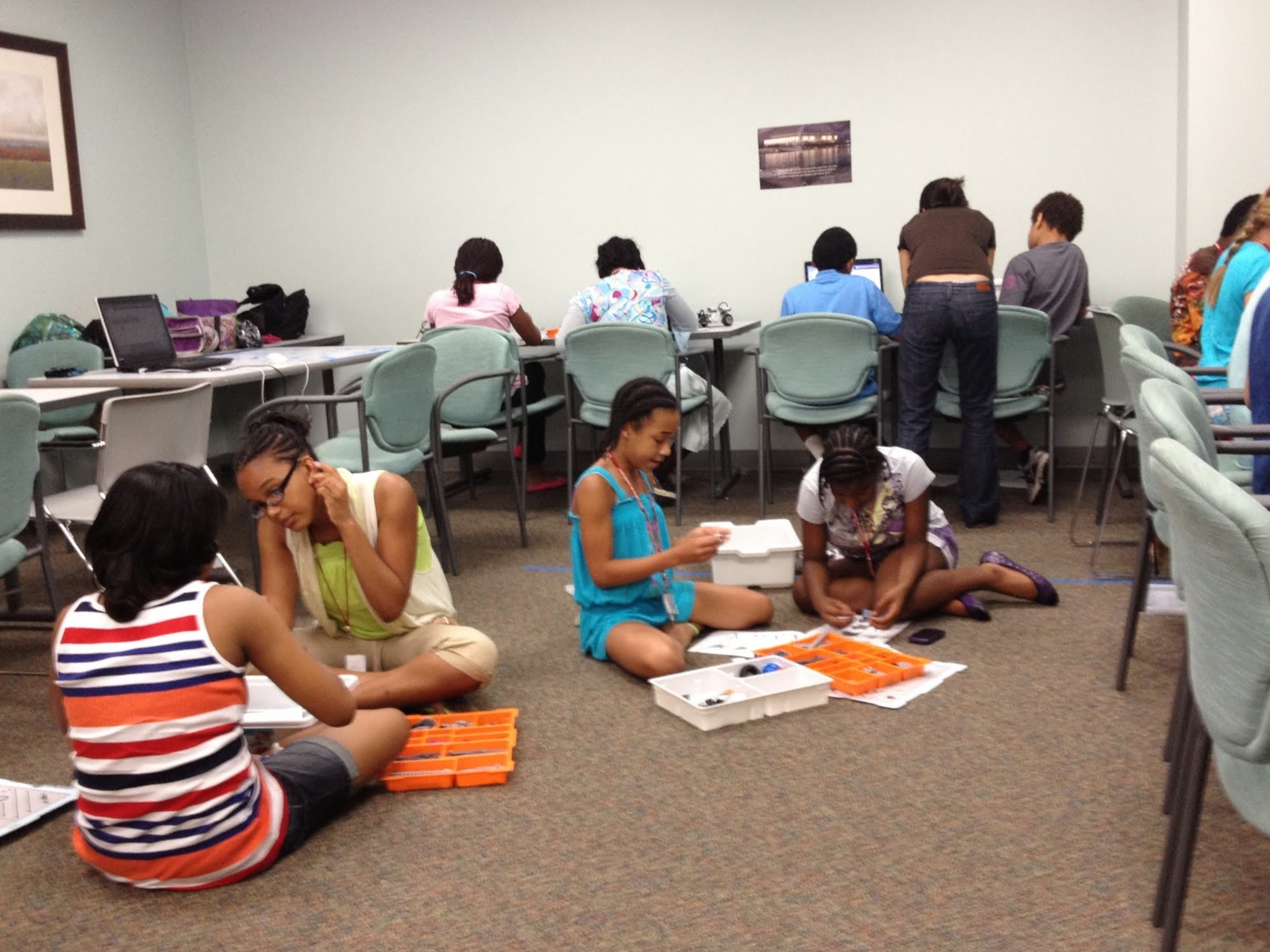 Middle school students participate in the University of Maryland at College Park’s Computer Science Connect program, one of the grant recipients. (Photo courtesy of UMD)

The program, sponsored by AFCEA Bethesda in Maryland, aims to identify children — particularly girls and minorities — who have an early interest in STEM and help guide them from grade school through college.

The four institutions selected serve students from a range of age levels: One is a private grade school, and another is a Big Ten university. The schools agreed to collaborate to make sure their curricula feeds into the next institution and that they work to share resources that could be helpful to their students.

The program “creates the glue to not get lost along the way,” said Michael Priddy, former vice president of education at AFCEA Bethesda and current president and CEO of Intervise.

As the four schools are located so close to the nation’s capital, the program also has the potential to touch the federal workforce, where there have been recent efforts to bolster recruitment of STEM workers.

For example, Montgomery College, a community college in Maryland selected to receive a grant, has a large number of students from the federal sector and private industry looking to upgrade their skills, said Rose Garvin-Aquilino, the school’s director of corporate and foundation relations. Also, the school’s mentor-mentee day brings in some professionals who work in government, so that career track is particularly visible.

Sanjay Rai, senior vice president for academic affairs at Montgomery College, said, overall, the need for a STEM-trained worker is much higher today than it was several years ago, and community colleges are in a unique position to fill that need.

Garvin-Aquilino said Montgomery College’s ongoing relationship with AFCEA Bethesda has already benefited its students. So far, 68 students have received scholarships, she said. And recently, one of its students was able to nab an informational interview with the company of one of AFCEA Bethesda’s top brass.

Over the next five years, through the grant program: