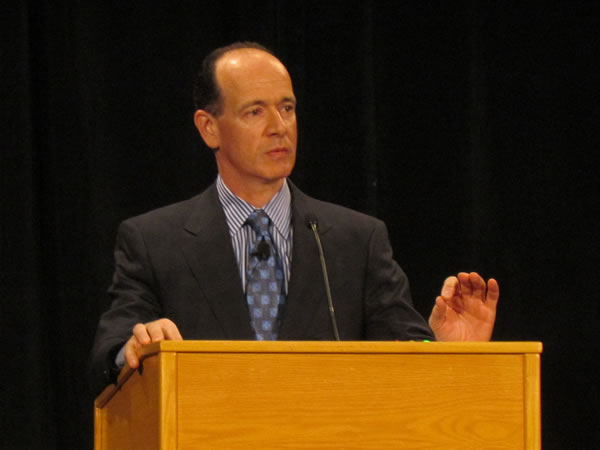 With so much of the Internet under attack these days, Symantec is taking a simple approach: Protect information and identity at all costs, CEO Enrique Salem said at this morning’s Symantec Government Symposium at the Reagan Building.

“If we cast too wide a net we risk not being able to protect anything,” Salem said, “so our goal is going to be to protect the most important things and do it in the best way possible.”

Salem said a big part of that plan will be to protect those assets in the cloud and on mobile devices. He estimates that in three years there will be more than 10 billion mobile devices in use worldwide and complicating matters is the diversity of future attacks.

For instance, Salem mentioned the Stuxnet virus that attacked Siemens Supervisory Control And Data Acquisition systems used by governments and business worldwide was so complex and advanced it changed the way viruses are constructed.

“Stuxnet is a building block for a whole new wave of viruses that we must be able to stop,” Salem said.