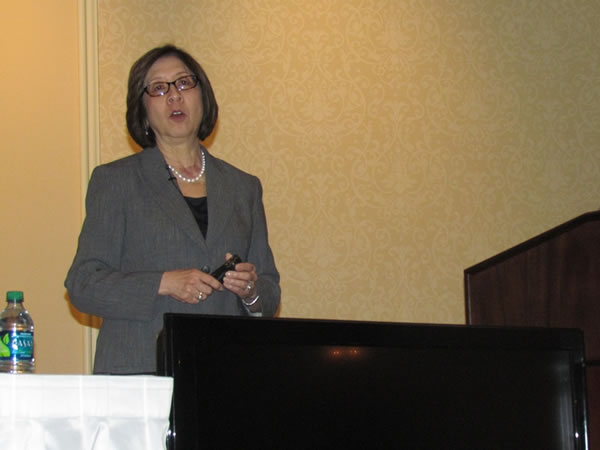 Department of Defense CIO Teri Takai says there have been no changes to her office structure as part of Secretary Gates department reorganization yet, but some are expected soon.

Speaking Tuesday morning at AFCEA’s C4I Conference at  the George Mason Inn in Fairfax, Takai attempted to clarify the status of her office’s exact role in the future in unclear because of the proposed closure of the office of the Assistant Secretary of Defense, Networks and Information Integration.

“Nothing has changed so far,” Takai said, “but I can say that we are moving toward working more closely with US CyberCommand and STRATCOM.”

Takai also mentioned that with the closing of the Joint Forces Command, many of the roles of the J-6 will be integrated with her office along with some of the responsibilities of the J-8. As for the department’s IT consolidation, that work is moving forward, but out of necessity for the department and not part of an office realignment.

In fact, the department IT consolidation’s primary focus isn’t to save the department money – although that’s always nice – but to enhance security, Takai said. The first things being looked at: data centers, email and identity management with more to follow.

Takai also said DoD is continuing to work on a comprehensive cloud strategy that will rely heavily on standardization and architecture.

“We don’t want an ad hoc evolution of cloud, but an overarching cloud strategy that will give us the efficiencies we should expect from moving to the platform,” Takai said.

As the strategy is put together, Takai says the department is looking to answer the following questions: How many clouds will the department use? What will they look like? How secure will they be? What kind of security is needed? What information can go in public clouds and which needs to be in private clouds? What is the purchase protocol of purchasing cloud capabilities from commercial companies?

“I don’t want to consolidate 772 data centers and put it into 772 clouds,” Takai said, “because that will create more problems, so the key is how to migrate to the cloud efficiently.”

Air Force working on an...

by Jackson Barnett • 21 hours ago
Acquisition

Congress plans to keep a...