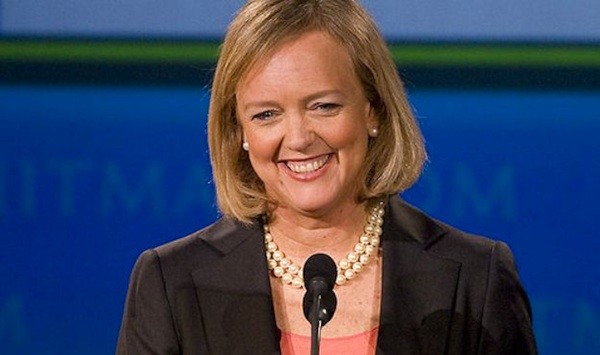 A group of prominent technology executives including HP CEO Meg Whitman and Facebook CEO Mark Zuckerberg urged the Federal Communications Commission to adopt a plan that would increase the availability of low-cost broadband access for the nation’s schools.

The CEOs sent a letter July 7 to the commission just days ahead of a scheduled vote on a plan put forward by FCC Chairman Tom Wheeler to invest billions of dollars in unused funds to modernize the E-Rate program. The effort would upgrade Wi-Fi services and equipment over the next five years to connect schools and libraries to the Internet.

“The message from America is clear, if our schools do not have the broadband they need, our students will not be able to compete in the global economy,” the letter said. “The Chairman’s proposal will connect tens of millions of students and teachers to the broadband they need beginning next year. The Commission should act on July 11 to put this plan into action.”

FCC Chairman Tom Wheeler has received praise from many for his proposal to update the E-Rate program.

The letter’s signees include a “who’s who” of the American technology landscape. Along with Zuckerberg and Whitman, it’s signed by Michael Dell, George Lucas, Netflix’s Reed Hastings, Dropbox’s Drew Houston and the chief executives of YouTube, eBay, Adobe, Airbnb, Intuit, OpenTable, Salesforce.com and Xerox.

“The Chairman’s proposal is a significant, fiscally responsible step forward in modernizing the E-rate program and connecting our schools. By focusing the program on broadband and increasing accountability and transparency, it will increase the resources available for high-speed connectivity and significantly lower the cost of broadband for schools,” the letter said. “By responsibly investing $2 billion of unused funds and providing predictable ongoing support for Wi-Fi, the plan will make dramatic progress in bringing high-speed connectivity to our classrooms.”

The program provides discounts to assist most schools and libraries in the U.S. to obtain affordable telecommunications and Internet access. The program has not undergone a major revision since 1996, when it was first launched. As technology has drastically changed over that time, education technology advocates have long cried for the program to be modernized to adapt to changing technology.

The issue is an important one for the technology vendor community. With a reported 55 million K-12 students, the ability to provide them with technology devices in the classroom represents a massive, long-term opportunity to make these students customers for life by getting them accustomed to their technology products at a young age.

On Monday, in a separate letter, a coalition of 10 diverse education organizations expressed support for Chairman Wheeler’s proposal to update the federal E-rate program.

The letter reads in part:

“This plan offers an important and timely first step toward achieving the critical national goal of providing at least 99 percent of America’s students with access to high-speed broadband in their schools and libraries within the next five years.

“High-speed internet access, including reliable Wi-Fi, is vital for providing today’s students with a world-class education in the twenty-first century. Unfortunately, half of E-rate applicants have slower internet access than the average American home. Moreover, three out of five schools lack sufficient Wi-Fi to take advantage of digital learning opportunities to strengthen student instruction. The fact that no funding was available from E-rate last year to support Wi-Fi demonstrates that this program must be modernized and expanded, including ensuring sufficient resources are available over time to meet the chairman’s five-year goal.”