David Bray, chief information officer at the Federal Communications Commission, is currently on a five-week Eisenhower Fellowship overseas, traveling in a personal capacity to meet with government in Taiwan and Australia regarding cyber strategies for the Internet of Everything. His views are strictly personal and represent solely his own in an Eisenhower Fellowship capacity. This is his fifth report. Last week, he wrote about “Democracies and the Internet of Everything.”

After three weeks in Sydney and Melbourne, Australia, meeting with their industry and government leaders regarding future opportunities and challenges with the Internet of Everything (IoE), I now briefly am in New Zealand before returning to the United States. New Zealand’s rural countryside and lake views provide a strong contrast to the tall, human-made cityscapes of Sydney and Melbourne.

Our lives undoubtedly will be impacted socially, economically and geopolitically by increased global adoption of the Internet and the IoE. The five-week Eisenhower Fellowship was an opportunity to step outside of my professional role and have personal conversations with brilliant leaders in Taiwan and Australia on potential futures that they foresee.

I should note that neither they nor I advocate for an unconditional embrace of all emerging technologies simply for the sake of technology; rather the breadth and depth of individual lives, dreams, hopes and aspirations ultimately are what matter most. 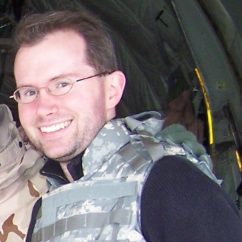 A central question of the IoE’s impact on our future is what future do we, as humans, want to choose?

Given current estimates that there will be approximately 50 billion to 200 billion network devices on our planet in 2020, our technological tools are becoming more numerous and complex than ever before. Specifically:

• We stand at an era where our tool-making allows us to produce other tools that can shape the planet.

• Some of these tools we make can be given broad scope on what they do, a degree of autonomy similar to our own regarding problem-solving.

• Some of these tools can alter not only the earth’s biological processes but also our own.

That raises a couple questions: Where might these tools go and what might they produce in the world? What then will these tools produce when we can ask them to change ourselves?

It might seem odd for a U.S. public service executive to have such thoughts on human nature, tool-making, technology and what makes us, as individuals, human – except I would suggest reflection of character has roots back to the start of the United States. As James Madison observed in Federalist No. 51 in 1788: “But what is government itself, but the greatest of all reflections on human nature? If men [and women] were angels, no government would be necessary.”

That perhaps explains why I believe more than ever that a renewal of why and how we do public service within the U.S. and in partnership with multiple nations globally is necessary.

On public service and human nature

Part of my role in public service means putting aside any personal views I might have and working with leaders to provide data, evidence, action plans and ultimately results – sometimes in the midst of intense national debates.

Reflecting on human nature, science has shown that all of us – as humans – are subject to confirmation bias. Once we have a set view in our minds, we often interpret data and narratives to reaffirm our set view, and dismiss data and narratives that challenge that view, which means it is very hard to change our minds once our minds are set.

We also know from research by Jennifer Lerner, a public policy and management professor at the Harvard Kennedy School, that even incidental emotions can shape the decisions we make – for example, if we are angered by an event prior to our work day, we become more likely to take risks throughout the day; whereas if we are fearful about something, we are more likely to be risk-averse.

This is why embodying a nonanxious presence in the midst of intense national debates can be so important.

What then does this mean for a future where technologies once previously available only to sophisticated nation-states and large corporations are becoming increasingly affordable and available to individuals?

Ultimately the IoE, 3-D mass fabricators and whatever other new technologies emerge simply are tools that we humans chose to develop and use.

Perhaps I am biased from my roles responding to the events of 9/11 and anthrax in 2001 with the Centers for Disease Control and Prevention long before concepts like “black swans” were popularized – however I believe we should recognize the existence of low-probability, high-consequence events.

While we should not let such events bog down future choices, we should be mindful that they do exist – particularly in an era of rapid technology change – and should consider with any future strategy that we include some contingency plans that we hope are never, ever needed.

In considering the future of the U.S. and the world, the larger question becomes how do we humans best organize across sectors to encourage results more on the side of wonderful for us all versus less beneficial outcomes.

In Taiwan and Australia, industry and government leaders emphasized the future will require collaborations across sectors, including a triangle with the individual members of the public up top, and the private and public sectors as the base working to produce a future with more beneficial choices, options, and freedoms for everyone.

Given all of us humans have biases, undoubtedly the future will include intense debates across the political spectrum. There will be times when we each have either a confirmation bias and mentally filter information that only reinforces our existing views – or a sunk-cost bias where we are reluctant to make changes because we have already spent time or resources on a previous path.

Hopefully along the way we’ll be able to encourage shared goals and a diversity of different perspectives to ensure better outcomes among participants.

Cyber-civic lessons from Taiwan – How the Internet is transforming open government – and cybersecurity – in Taiwan.

Australia and the Internet of Everything – The speed of information sharing and decision-making on the Internet may disrupt the democratic multiparty system for nations like Australia.