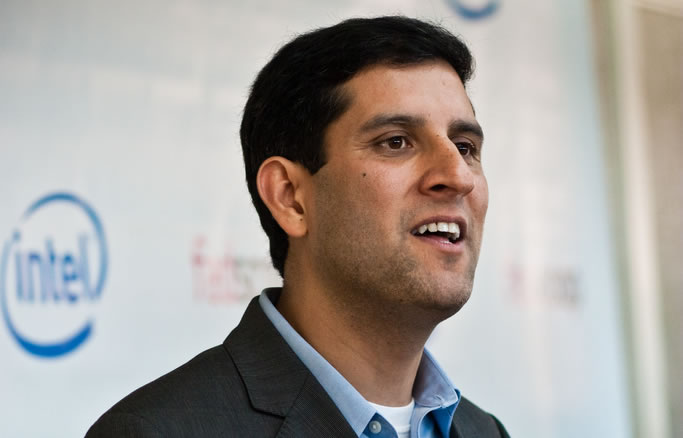 In his 1996 business classic, Only the Paranoid Survive, Intel co-founder Andy Grove popularized the term ‘Strategic Inflection Point,’ a reference to his company’s extraordinary turnaround that became a tech mantra and inspired entrepreneurs from Silicon Valley and beyond.

“A Strategic Inflection Point is that which causes you to make a fundamental change in business strategy. Nothing less is sufficient,” Grove has said.

For the past two years, under the leadership of former U.S. Chief Information Officer Vivek Kundra, the federal government has witnessed an inflection point of its own, one that has energized the public sector IT community.

During his tenure as CIO, Kundra spearheaded a positive IT trend with regards to changing how government works. His ’25 Point Implementation Plan to Reform Federal Information Technology Management’ paved the way with progressive initiatives, including an aggressive review of agency IT strategies, a ‘cloud first’ policy, a data center reduction plan, creation of the open data platform Data.gov and regular TechStat reviews that hold senior-level executives accountable for moving this agenda forward.

Despite an uphill battle with organizational culture, antiquated technology, funding limitations and outdated procurement policies, his push to modernize, streamline and make government more transparent was considered genuine and successful. Industry organizations, watchdog groups and colleagues have applauded his efforts.

Open Source for America said in an open letter to Kundra, there’s been “a tremendous change in the way the government thinks about information technology, and how it manages information technology projects. For the first time, a Federal CIO was able to articulate the way forward for much-needed reform, and we were extraordinarily fortunate that you were able to assume that role, setting an extraordinary example for all Federal CIOs to come.”

If accolades don’t appease naysayers, then numbers should. Since the IT Dashboard was implemented to monitor federal government technology spending, an estimated $3 billion in savings have been realized. While that may be a drop in the federal government budget bucket, these days every penny counts, and it’s safe to assume the surface has only been scratched. Billions more are waiting to be saved, all with the help of smarter technology, procurement reform and leadership, all of which are outlined in the 25 Point Plan.

Despite the potential for “entropy,” as Kundra puts it, all signs point to an upward tick in the federal government IT Strategic Inflection Point.

Speaking for the federal CIO Council after Kundra announced his resignation, Homeland Security CIO Richard Spires wrote, “He has changed the dialogue and viewpoint of agencies of the Federal government – and we will not go back.”

Newly-appointed CIO Steven VanRoekel has received early praise for his work as Federal Communications Commission managing director, where he led technology operations, including a complete overhaul of FCC.gov. In breaking the news of his appointment, VanRoekel told The New York Times he would move ahead with the work Kundra began.

VanRoekel has even been given the seal of approval from his predecessor.

Reflecting on his time as CIO, Kundra said this:

“We have shown that it is possible to change the status quo. But we must remember that nothing is immune to the laws of physics, especially entropy. Left alone, things tend to move from order to disorder – and the hard work this Administration has done to reform Federal IT could fall back unless we keep our shoulder to the wheel.”

The subtitle to Only the Paranoid Survive is “How to Exploit the Crisis Points That Challenge Every Company.” Given our current federal fiscal crisis, now is the time for America’s best and brightest public service technology innovators to exploit the points that challenge government.

There’s never been a better opportunity to own that challenge.

Only the Paranoid Survive is still a must-read for anyone who wants to change the status quo, especially for the thousands of incubating innovators inside the federal government. To quote Grove, “a fundamental rule in technology says that whatever can be done will be done.”

This moment is the federal government’s Strategic Inflection Point.

This can be done.